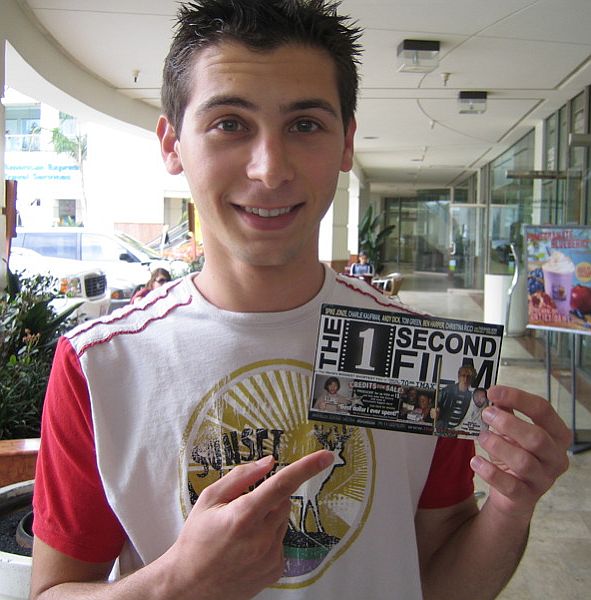 Justin Tyler Berfield (born February 25, 1986) is an American actor, writer, and producer, best known for his portrayal of Malcolm's second-oldest brother, Reese, in the Fox sitcom Malcolm in the Middle. He also starred on The WB sitcom Unhappily Ever After as Ross Malloy. As of 2010, Berfield is Chief Creative Officer of Virgin Produced, a film and television development, packaging, and production company announced in 2010 by the Virgin Group. Virgin Produced is based in Los Angeles, California.[1]

Berfield was born in Agoura Hills, California, the son of Gail Berfield (née Stark) and Eric "Rick" Berfield. He is the younger brother of actor Lorne Berfield. Berfield is Jewish.[2] He bought and then later sold the house previously owned by Newlyweds: Nick and Jessica stars Jessica Simpson and Nick Lachey.
Read more...

Berfield's first screen appearance was in a Folgers coffee commercial at age five. He went on to appear in 20 other nationally broadcast American commercials as a young child. His TV debut came in the short-lived series The Good Life (1994) in which he co-starred with Drew Carey. More TV appearances followed in Hardball, The Boys Are Back, The Mommies (1994-1995).[citation needed]

His first long-running TV role was as Ross Malloy in Unhappily Ever After (1995-1999), in which he notched up 100 episode appearances. Beginning in 2000 he gained international prominence with his role as Malcolm's trouble-making older brother Reese in Malcolm in the Middle. He appeared in all 151 episodes of that series, and with the recording of the 100th episode became the youngest actor in screen history to have appeared in 100 episodes of two different TV series. Since the conclusion of Malcolm in the Middle in 2006, Berfield has concentrated on production work, although he made a one-off appearance in the series Sons of Tucson in 2010.[3]

In 2001, Berfield was asked to serve as a National Youth Ambassador for Ronald McDonald House Charities, in which he participated for three years until turning 18. He has been active with St. Jude Children's Research Hospital and most recently Virgin Unite, the charitable arm of Virgin Group.[4]