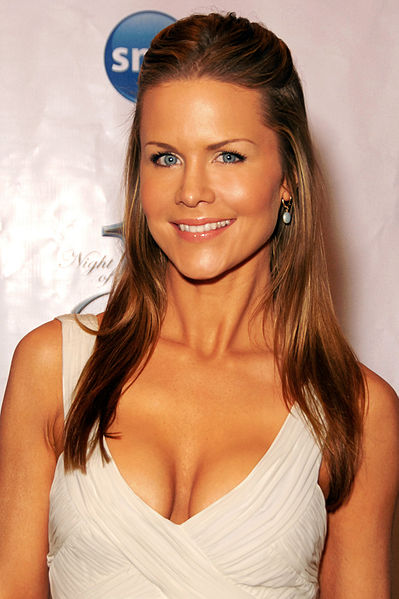 Josie Rebecca Davis (born January 16, 1973) is an American actress, best known for her role as Sarah Powell in the television sitcom Charles in Charge from 1987 to 1990.

Davis began her career acting in commercials at the age of three years. She played Sarah Powell on Charles in Charge for four seasons. Sarah Powell was a quiet, bookish character, and after Charles in Charge wrapped, Davis had a difficult time shedding that image and getting people to forget the character she created and to see her as pretty.

Beginning as a teenager, Davis studied acting with the Brooklyn-born Paul E. Richards—Lee Strasberg's "right-hand man" at the Actors Studio in the 1950s. At 24, she auditioned and became a member of Actors Studio. At the time, the judges were Martin Landau, Mark Rydell, and Shelley Winters. Josie was one of only two performers selected to join that year.

Davis was cast as Camille Desmond on Beverly Hills, 90210 in 2000. She then was cast in the other Aaron Spelling show, Titans opposite Victoria Principal and Yasmine Bleeth.

Her other television credits include working opposite Clifton Collins Jr. on Fear Itself, with David Spade on Rules of Engagement, with James Woods on Shark, Ghost Whisperer, a Christmas episode of Two and a Half Men, NCIS, CSI: Miami, Burn Notice, Chuck, Bones, and a recurring role opposite Skeet Ulrich and Gary Sinise on CSI: NY.

After Titans came to an end, Davis left TV to pursue film work. She acted in films, including the Nicolas Cage-directed Sonny, opposite James Franco and Scott Caan, The Trouble with Romance with Kip Pardue, and Kalamazoo? with Mayim Bialik, among other indies.

She was also the lead actress in the television movie The Perfect Assistant, which premiered on Lifetime on January 2, 2008.