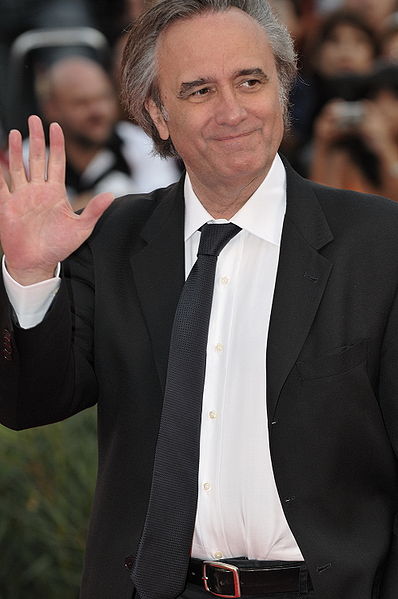 His next feature film, Roger Corman-produced Piranha, was released in 1978. Inspired by Steven Spielberg's Jaws, the film was written by John Sayles. Dante then invited Sayles to rewrite the script for werewolf tale The Howling, loosely based on the novel by Gary Brandner.

Dante directed episodes of cult television series Police Squad!, before Steven Spielberg invited him to join the directing team on anthology movie Twilight Zone: The Movie. Dante's segment, 'It's a Good Life', featured cartoon-style special effects, and revolved around a woman (played by Kathleen Quinlan) who is 'adopted' by an omnipotent boy.

Gremlins (1984) proved one of Dante's biggest hits to date. Combining horror and comedy elements, the film revolves around Billy Peltzer (Zach Galligan), who is given a strange creature he calls Gizmo as a pet. After Billy fails to follow the rules for looking after Gizmo, the creature spawns other creatures, which transform into destructive monsters who then begin rampaging through the local town. Six years passed before Dante directed the even more anarchic Gremlins 2: The New Batch (1990), set this time in a New York high rise.

Aside from the Gremlins films, Dante also worked with producer Steven Spielberg on comedy adventure Innerspace (1987), in which Dennis Quaid's character is miniaturised and injected inside a human body. His 1985 boys meet alien tale Explorers marked the film debuts of actors River Phoenix and Ethan Hawke. Dante would later work with Tom Hanks on The 'Burbs (1989), a black comedy in which Hanks' character deals with nightmare neighbours.

In 1993 Dante directed Matinee, which received positive reviews. Set during the 1960s, the film pays homage to B movies and the showmen who made and promoted them. Matinee has a 91 percent rating on Rotten Tomatoes. In his review for the Chicago Reader, Jonathan Rosenbaum wrote, "At the same time that Dante has a field day brutally satirizing our desire to scare ourselves and others, he also re-creates early-60s clichés with a relish and a feeling for detail that come very close to love". USA Today reviewer Mike Clark wrote "Part spoof, part nostalgia trip and part primer in exploitation-pic ballyhoo, Matinee is a sweetly resonant little movie-lovers' movie".

Dante was creative consultant on short-lived fantasy series Eerie, Indiana (1991-1992), and directed five episodes. He played himself in the series finale. In 1995-1996 he worked on The Phantom. When he was removed from the film, he chose screen credit (as executive producer) rather than pay.

In 2007, Dante launched the web series Trailers From Hell,[8] which provides commentary by directors, producers and screenwriters on trailers for classic and cult movies. He is also a contributor to the website.[9]

Dante's 2009 film The Hole[10] received positive reviews, and was awarded the Premio Persol at the 2009 Venice Film Festival. The new award was for the "3-D feature deemed the most creative among those produced globally between September 2008 and August 2009."[11]

With Roger Corman producing, Dante also directed the interactive web series Splatter for Netflix. The series stars Corey Feldman as a rock star seeking revenge on those he thinks have wronged him.[12]

In November 2011 it was announced that Dante would direct a thriller called "Air Disturbance" starring Robert Englund and Dylan Walsh.[13]

Various projects Dante is officially involved in are struggling with funding for years, among them the anthology film "Paris, I'll kill you", the werewolf feature "Monster Love", and the Roger Corman biopic "The Man with Kaleidoscope Eyes".[14]

In 2014, Dante made Burying the Ex, a horror comedy about a young man whose controlling girlfriend suddenly dies in a freak accident but when he tries to move on with his life along with his new partner he discovers that his now undead Ex has come back. The film stars Anton Yelchin and Ashley Greene. It was selected to be screened out of competition at the 71st Venice International Film Festival,[15][16] and was released in 2015.

As of 2015, he is also a member of the board of advisers for the Hollywood Horror Museum.

Dante also served as executive producer on the independent feature length thriller Dark, starring Whitney Able and Alexandra Breckenridge, directed by Nick Basile. The film is set in New York City during the 2003 blackout. The film was released by Screen Media Films on June 7, 2016.[17]

Dante's films are well known for their many references to other movies and for their special effects.[19] Dante's garage is frequently mentioned in audio commentaries as holding many of the props from his various films, including the Peltzer Peeler Juicer from Gremlins, and where the mock-pornographic scene in The Howling was shot.

His respect for the screenwriter extends to the point where, in order to make sure Dante can confer with the writer on-set and provide some minor, additional remuneration, he always casts the writer in a small part of the production itself. The studio is normally unwilling to pay to have the writer on-set in any other way.[20]

Dante has cited among his major influences Roger Corman, Chuck Jones, Frank Tashlin, James Whale and Jean Cocteau, as well as an admiration for the film Hellzapoppin', from which he frequently borrows jokes because of how difficult the film is to see in the United States.[21]

Report a problem
Write to Joe Dante at FanPal • 2020