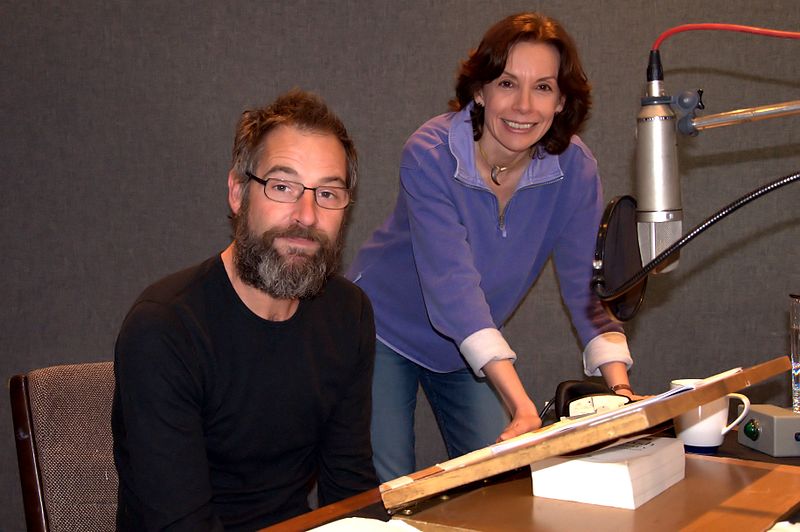 Jeremy Philip Northam (born December 1, 1961) is an English actor. After a number of television roles, he earned attention as Mr. Knightley in the 1996 film adaptation of Jane Austen's Emma. He has appeared in the films Gosford Park, Amistad, The Winslow Boy, Enigma, Martin and Lewis, amongst others. He also played Thomas More in the Showtime series The Tudors. From 2016 to 2017 he appeared as Anthony Eden in the Netflix series The Crown.

Northam was born in Cambridge, Cambridgeshire, the youngest of four siblings. His mother, Rachel (née Howard), was a potter and professor of economics, and his father, John Northam, was a professor of literature and theatre, as well as being an Ibsen specialist and lecturer (first at Clare College, Cambridge and later at Bristol).[1] Northam was educated at King’s College School, Cambridge, Bristol Grammar School and Bedford College, London (B.A. English, 1984) now part of Royal Holloway, University of London,[2] and trained at the Bristol Old Vic Theatre School. He married Canadian film/television make-up artist Liz Moro in April 2005, though they later divorced.
Read more...

Northam performed at the Royal National Theatre - he replaced Daniel Day-Lewis in the role of Hamlet (1989) and won the Olivier Award in 1990 for "most promising newcomer" for his performance in The Voysey Inheritance.

In 2002 he starred in the film Cypher. That same year, he portrayed singer Dean Martin in the CBS film Martin and Lewis and golfer Walter Hagen in Bobby Jones: Stroke of Genius in 2004. In 2007 and 2008, he portrayed Thomas More on the Showtime series, The Tudors. He played John Brodie Innes in the 2009 film Creation, based on the life of Charles Darwin. He played British Prime Minister Anthony Eden in the 2016 Netflix drama series The Crown.

His audiobook work includes The Silver Chair by C.S. Lewis for Harper Audio and A Death Divided by Clare Francis for Macmillan.[3] For SilkSoundBooks, he recorded The Real Thing and Other Short Stories and The Aspern Papers, both written by Henry James. In 2007 he recorded Gerard Manley Hopkins poems for "The Great Poets" edition for Naxos Audiobooks. In 2009, he recorded Our Man in Havana by Graham Greene for CSA Word. He recorded the audio book Dark Matter, a ghost story by Michelle Paver, in September 2010; it was released on 21 October 2010, by Orion.

In the Gosford Park soundtrack, Northam sings the Ivor Novello songs "And Her Mother Came Too", "What a Duke Should Be", "Why Isn't It You", "I Can Give You the Starlight" and "The Land of Might Have Been" accompanied by his brother Christopher on piano.