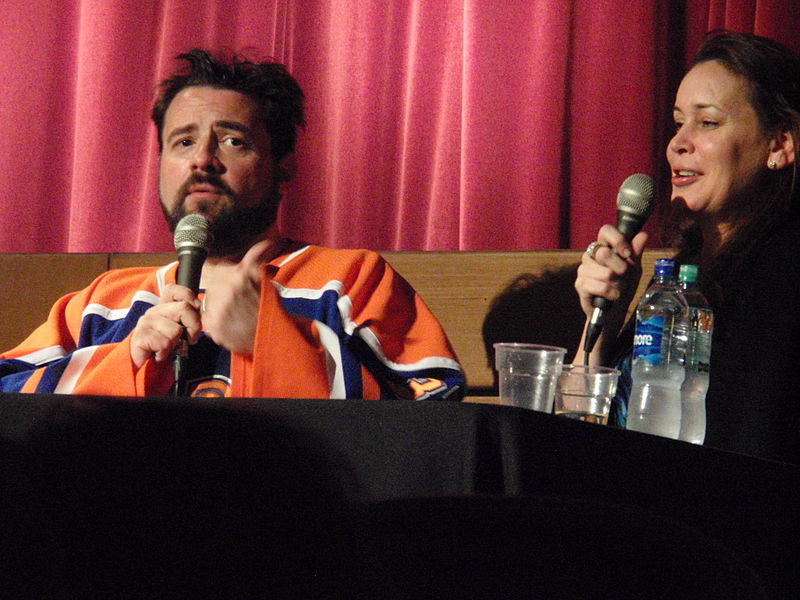 Schwalbach was a USA Today reporter. She met film director Kevin Smith while interviewing him for an assignment. She got a job briefly at MTV but quit after becoming pregnant with their daughter.[1] In New Jersey, she helped Smith deal with the drug addiction of his friend Jason Mewes, who was living with them. For several years, she would witness Mewes' repeated cleanups and breakdowns. At one point, she banned him from their house. Mewes eventually got sober.[1]

According to his commentary for the DVD release of the 2001 film Jay and Silent Bob Strike Back, Smith was looking for someone to play Missy, one of the female diamond robbers. Schwalbach asked to play the role and he decided to give her a chance. Their daughter, Harley, also appeared at the beginning of the film as the infant Silent Bob.

Schwalbach went on to make cameos in other Smith-related productions such as Jersey Girl (in which Harley also appeared), and an episode of the Canadian TV series Degrassi: The Next Generation in which Smith appeared in the episode "Goin' Down the Road: Part 1". She also played a prostitute in the 2002 film Now You Know.

In January 2004, Schwalbach Smith appeared nude, with a Superman look-alike, for Playboy Magazine's 50th Anniversary Issue, in a photograph taken by her husband.[2]

Her lone directorial credit is as co-director with Malcolm Ingram for Oh, What a Lovely Tea Party, an extensive 3+ hour documentary on the making of Jay and Silent Bob Strike Back. The film was shown at Vulgarthon 2005 in Los Angeles, a private film festival hosted by Kevin Smith, and was shown again at Vulgarthon 2006 in Red Bank, New Jersey.

Schwalbach was born in Newark, New Jersey. She married Kevin Smith on April 25, 1999. She became involved with Smith after interviewing him for USA Today regarding rumors that he was the true author of Good Will Hunting.[4] Their daughter, Harley Quinn Smith, was born June 26, 1999, and was named after the character from Batman.[5] They live in the Hollywood Hills.[6] Schwalbach has been vegetarian for most of her life.[7]