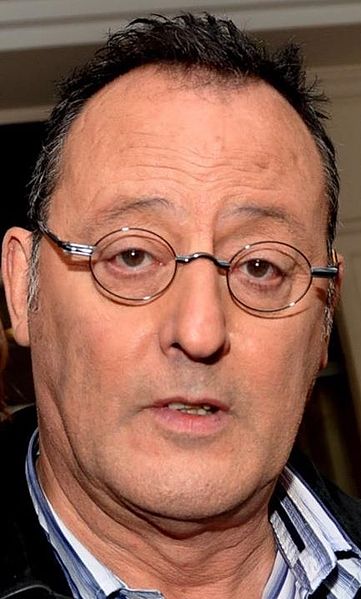 Juan Moreno y Herrera-Jiménez[1] (born 30 July 1948), known as Jean Reno, is a French actor of Spanish descent. He has worked in French, English, Japanese, Spanish, and Italian productions, and appeared in films such as Crimson Rivers, Godzilla, The Da Vinci Code, Mission: Impossible, The Pink Panther, Ronin, Les visiteurs, The Big Blue, Hector and the Search for Happiness and Léon: The Professional.

Reno was born Juan Moreno y Herrera-Jiménez[2][3] in Casablanca, Morocco. His parents were Spanish, natives of Sanlúcar de Barrameda and Jerez de la Frontera in Andalucia, and had moved to North Africa to find work and escape Francoist Spain.[citation needed]

He has a younger sister named María Teresa ("Maite"), and the children were raised Catholic.[4] Their father was a linotypist.[5] Their mother died when he was a teenager.[4] He learned Spanish from his parents, and Arabic and French growing up in Morocco.

At the age of 17, he moved to France, where he studied acting in the Cours Simon School of Drama.[6]

When he moved to France, he served in the French Army, which was mandatory after his family gained its French citizenship.

After he started to get acting jobs in France, Juan adopted the French version of his name, Jean, and shortened his surname to Reno. Due to his large frame (1.88 m or 6 ft 2 in), Reno was called on to play "heavies" in his early career. He later appeared in romantic comedies and action films. He began his film career in France, appearing in many films by director Luc Besson, including his early Le dernier combat (1985). The two have continued to work together, collaborating in films produced, written, or directed by Besson. Of their joint work, those that have achieved the most critical and commercial success include: Nikita (1990), and the English-language films The Big Blue (1988) and Léon: The Professional (1994). Reno did the voice-over for Mufasa in the French-language version of The Lion King, a role originally performed in English by James Earl Jones. Reno has starred in such high-profile American films as French Kiss (1995) with Meg Ryan and Kevin Kline, Mission: Impossible (1996) with Tom Cruise, Ronin (1998) with Robert De Niro, and Godzilla (1998) with Matthew Broderick. Reno turned down the role of Agent Smith in The Matrix. He also acted in French productions: Les Visiteurs (1993) (which was remade in English as Just Visiting in 2001); The Crimson Rivers (2000), and Jet Lag (Décalage horaire) by Danièle Thompson (2002), which was also a box-office success in France.

In 2006, Reno had a prominent role in The Pink Panther 2006 remake and its sequel The Pink Panther 2, playing Gilbert Ponton, opposite Steve Martin as Inspector Clouseau. He portrayed Captain Bezu Fache in the Ron Howard film The Da Vinci Code. Among his most successful films are Les Visiteurs and L'Enquète corse.

In other media, Reno was involved in the production of the third installment in the popular Capcom series Onimusha (Onimusha 3: Demon Siege), lending his likeness to the protagonist Jacques Blanc, as well as providing the voice for the character's French dialogue. In advertising work, Reno has appeared in American television commercials for UPS and portrayed Doraemon in a series of Toyota ads in Japan, as part of the "ReBorn" campaign.[7]

Report a problem
Write to Jean Reno at FanPal • 2021