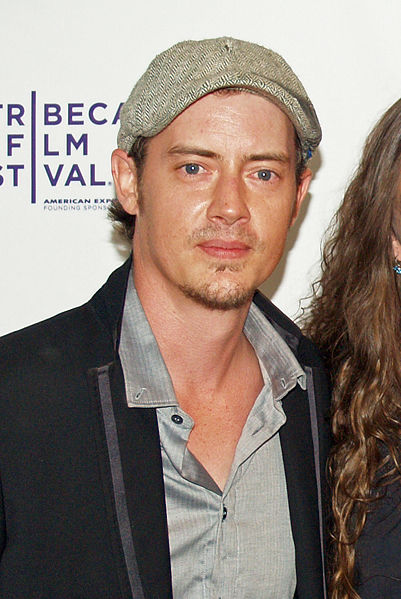 London was born in San Diego, the son of Debbie London (née Osborn), a waitress, and Frank London, a sheet metal worker.[1] He was raised in Wanette, Oklahoma, and in DeSoto, Texas. His identical twin brother Jeremy is also an actor. In 2003, the two acted together in an episode of 7th Heaven titled "Smoking". Jeremy was Jason's stunt double in The Man in the Moon (1991).

In November 2010, London became engaged to actress Sofia Karstens. They married on July 16, 2011 at the home of his wife's parents, William and Judith Karstens, in North Hero, Vermont.[2]

London has enjoyed moderate success starring mostly as a rebellious, edgy young addict in feature films such as Broken Vessels (1998) and $pent (2000). He starred as Jason in the NBC miniseries Jason and the Argonauts (2000). He also starred in Poor White Trash (2000) playing sleazy ladies' man Brian Ross.

Report a problem
Write to Jason London at FanPal • 2020