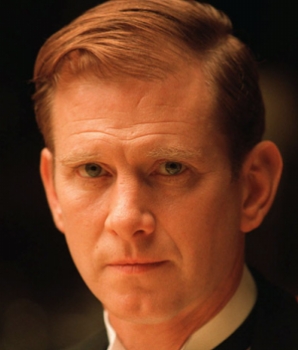 Wilby was born in Rangoon, Burma to a corporate executive father.[1] He was educated at Terrington Hall School, North Yorkshire and Sedbergh School in Cumbria (prior to 1974 in West Riding of Yorkshire), and from there went on to study for a degree in Mathematics at Grey College, University of Durham, and then at the Royal Academy of Dramatic Art.
Read more...

Wilby's first appearance on screen was in the Oxford Film Company 1982 production Privileged alongside Hugh Grant. He is known to an international audience for roles in Maurice (1987), for which he received Venice Film Festival's Best Actor award with co-star Hugh Grant. He then starred in A Handful of Dust (1988), for which he won the Bari Film Festival Best Actor award. Then came A Tale of Two Cities (1989), Howards End (1992), the critically acclaimed Regeneration (1997), Ismail Merchant's Cotton Mary (1999), Gosford Park (2001) and Alain Robbe-Grillet's C'est Gradiva qui vous appelle (2006) co-starring Arielle Dombasle which premiered at the Venice Film Festival.

On stage, he starred in the 1995 revival of John Osborne's A Patriot for Me by the Royal Shakespeare Company at the Barbican Theatre.[2] He then appeared in a production of 'Helping Harry' at the Jermyn Street Theatre in 2001; as well, in 2004, he appeared as the title character in a run of 'Don Juan' at the Lyric Theatre. Other, more recent theatre productions James has starred in include a tour of 'Less Than Kind' (2012) by Terence Rattigan, 'On Emotion'(2008) at the Soho Theatre, and 'The Consultant' (2011) by Neil Fleming and the Hydrocracker Theatre Company at Theatre 503 in London.

He is married to Shana Louise and has four children: Barney, Florrie, Natty and Jesse Jack. One of his many hobbies is gardening.[3] He is also an experienced sailor.[4]