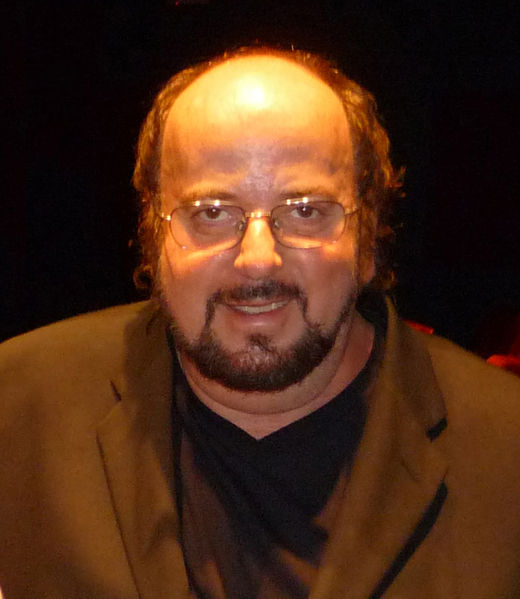 James Toback (/ˈtuːbæk/; born November 23, 1944) is an American screenwriter and film director. He was nominated for the Academy Award for Best Original Screenplay in 1991 for Bugsy. He has directed films including The Pick-up Artist, Two Girls and a Guy and Black and White.

On October 22, 2017, the Los Angeles Times reported that 38 women have accused Toback of sexual harassment or assault.[1] Since the article was published, 357 additional women contacted Los Angeles Times and said that Toback had sexually harassed them. The accounts stretch over a 40-year period. Toback has denied all the allegations.[2]

Toback was born to a Jewish family[3] in Manhattan, New York City. His mother, Selma Judith (née Levy), was a president of the League of Women Voters and a moderator of political debates on NBC.[4] His father, Irwin Lionel Toback, was a stockbroker and former vice president of Dreyfus & Company.[5]

After graduating from Harvard, Toback worked as a journalist. An assignment from Esquire on football player Jim Brown led to him living in Brown's house for a period of a couple years, where both Toback and Brown claim to have engaged in orgies with several women.[7] It was after Toback grew tired of his hedonistic lifestyle in Brown's house that he came to the decision to make movies for a living.[8] Toback wrote a book about his experiences with Brown entitled Jim: The Author's Self-Centered Memoir of the Great Jim Brown (1972). In the early 1970s Toback taught creative writing at the City College of New York. He drew on this experience when he wrote the screenplay for The Gambler.[9]

In 1974, Toback's screenplay The Gambler was produced. Much of the film was shot at City College. His directorial début was the 1978 film Fingers, remade 28 years later by Jacques Audiard as The Beat That My Heart Skipped. Toback followed Fingers with Love and Money in 1982. Toback wrote and directed Exposed in 1983; The Pick-up Artist in 1987; and the documentary The Big Bang in 1989. Toback wrote the original screenplay for Bugsy, which won the Golden Globe for Best Picture and was nominated for ten Academy Awards including Best Original Screenplay. Toback won the Los Angeles Film Critics' Award for Best Original Screenplay and a similar award from the readers of Premiere Magazine.[citation needed]

In an August 2011 interview, Toback gave the story of the autobiographical background and development of The Gambler, and criticized the idea of the film being remade (as it was in 2014).[10]

Toback teamed with Alec Baldwin in 2013 to create and release a full-length movie called Seduced and Abandoned, which features a look into how movies are financed. Toback referred to the documentary style film as a cinematic romp. The HBO film shows Toback and Baldwin at the 2012 Cannes Film Festival searching for funding for a movie.[citation needed]

Toback has been accused of sexually harassing young women.

An article in a 1989 issue of Spy magazine detailed how Toback would "hang out on the streets of the Upper West Side in New York City, and approach women. According to the story, he would in rapid-fire fashion tell them that he was a Hollywood director and offer to show them his Directors Guild of America card. The pitch invariably ended up with an invite to meet privately—sometimes at an outlandishly late hour—to talk about appearing in one of his films".[11]

On October 22, 2017, the Los Angeles Times reported that 38 women have accused Toback of sexual harassment or assault. Toback denied these allegations, saying he had not met the women, or that if he had, it "was for five minutes" about which he had "no recollection".[1][15] The alleged harassment occurred at meetings framed as interviews or casting auditions in places such as hotel rooms, movie trailers, or a public park where Toback asked questions pertaining to the women's sex lives and rubbed his crotch on them or masturbated.[1] Accusers include actresses Rachel McAdams, Selma Blair, Terri Conn,[16] Caterina Scorsone,[17] Julianne Moore,[18] and musician Louise Post. Toback claimed he was taking medication at the time of the alleged assaults that made it "biologically impossible" for the alleged actions to occur.[19]

In January 2018, Los Angeles Times journalist Glenn Whipp reported that since the Times published its article in October 2017, 395 women contacted the newspaper and said that Toback had sexually harassed them. The accounts stretch over a 40-year period. Toback has denied all these allegations as well.[2] As of January 2018[update] Toback has been accused by at least 38 women.[20]

In April, 2018, Los Angeles County prosecutors declared they would not be pressing any charges against Toback. In one case the victim did not turn up for an interview, and the rest were beyond the statute of limitations. Two of the declined cases involved misdemeanors, three involved felonies.[21]

Toback was married for one year (1968-1969)[22] to Consuelo Sarah Churchill Vanderbilt Russell,[23] the granddaughter of John Spencer-Churchill, 10th Duke of Marlborough. He is currently married to Stephanie Kempf, with whom he has one son.[22]

As writer or director

As focus of a documentary