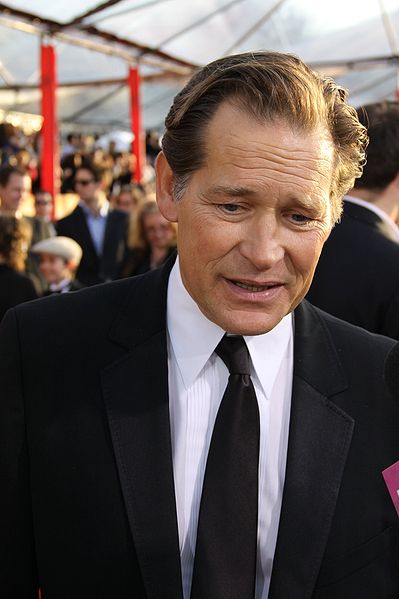 William James Remar (born December 31, 1953) is an American actor and voice-over artist. He played Richard, the on-off tycoon boyfriend of Kim Cattrall's character in Sex and the City, Ajax in The Warriors (1979),[1] homicidal maniac Albert Ganz in the thriller 48 Hrs. (1982), gangster Dutch Schultz in The Cotton Club (1984), Lord Raiden in Mortal Kombat: Annihilation (1997), Jack Duff in Miracle on 34th Street (1994), and Harry Morgan in the Showtime TV series Dexter. Since 2009, he has done voiceover work in ads for Lexus luxury cars.[2] Remar studied acting at the Neighborhood Playhouse School of the Theatre in New York City.

Remar has spent the majority of his film career playing villains. He portrayed the violent and sexually aggressive character Ajax in the cult film The Warriors (1979), and the murdering sociopath Albert Ganz in the hit 48 Hrs. (1982). (Both films were directed by Walter Hill and co-starred David Patrick Kelly, whose character is named Luther in both). Remar also played real-life 1930s-era gangster Dutch Schultz in The Cotton Club (1984).

In contrast to these roles, Remar starred in the film Windwalker (1980) as the young Cheyenne Windwalker, for which he spoke his lines in the Cheyenne language. He also portrayed a gay man in the film Cruising (1980). In the same year, Remar had a cameo in the Western The Long Riders (1980); his character faced David Carradine's character in a bar fight over a woman Remar's character was married to.

He was the star of the 1986 film Quiet Cool (1986) and was cast as Corporal Hicks in the science-fiction/horror film Aliens (1986), but was replaced by Michael Biehn shortly after filming began, due to Remar's having a drug problem. For several years, the reason behind his dismissal was reported as "creative differences" with director James Cameron.[3] At least one piece of footage featuring Remar made it into the final version of the film: when the Marines enter the processing station, and the camera tilts down from the Alien nest, though Remar is not seen in close-up.[4] He is also filmed from the back as the Marines first enter the compound on LV-426 and when "Hicks" approaches the cocooned woman, again filmed from the rear so the viewer is unable to tell it is Remar and not Michael Biehn.[citation needed]

Remar was featured in the film X-Men: First Class (2011) and voiced the Autobot Sideswipe in the film Transformers: Dark of the Moon (2011), replacing André Sogliuzzo. He was also cast in the heist film Setup (2011) and starred in the film Arena (2011).

Remar's television appearances include the series Miami Vice, Hill Street Blues, Sex and the City (as the on-again, off-again boyfriend of Kim Cattrall's character), Tales from the Crypt, Jericho, Third Watch, Justice League Unlimited, and Battlestar Galactica. He also appeared as a possessed mental patient in The X-Files ninth-season episode "Daemonicus". He starred as Tiny Bellows on the short-lived television series The Huntress (2000-2001). He appeared in the miniseries The Grid (2004) as Hudson "Hud", the love interest of Julianna Margulies' character. He had a recurring guest role in the 2006 television series Jericho on CBS. Remar guest-starred in the CBS crime drama Numbers, playing a weapons dealer who later turns good and helps the FBI.

From 2006 to 2013, Remar co-starred in Dexter on Showtime. He was nominated for a Saturn Award for Best Supporting Actor for his portrayal of Dexter Morgan's adoptive father, Harry Morgan.[7]

In 2010, he played guest roles as Giuseppe Salvatore in The CW series The Vampire Diaries[8] and as James Ermine, a general for Jericho, a black-ops military contractor, on FlashForward.

He also voiced Vilgax in the animated television series Ben 10: Alien Force and Ben 10: Ultimate Alien, replacing Steve Blum. He guest-starred in Private Practice in 2010, playing a physician named Gibby, who works with Doctors Without Borders.[9] On July 23, 2017, Remar was cast as Peter Gambi on the superhero drama Black Lightning.[10]

Report a problem
Write to James Remar at FanPal • 2023