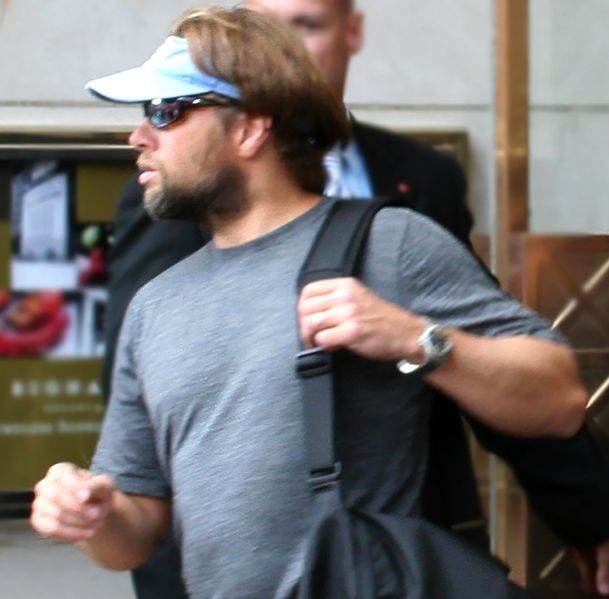 LeGros was born in Minneapolis. His mother was a teacher and his father was a real estate broker.[1] He was raised in Redlands, California, and attended the Professional Conservatory at South Coast Repertory in Costa Mesa, California, as well as the University of California, Irvine.[2] LeGros is the son-in-law of late actor Robert Loggia.
Read more...

James LeGros appeared as Rick in Gus Van Sant's 1989 Drugstore Cowboy. One of his best-known roles was in Living in Oblivion (directed by Tom DiCillo, also starring Steve Buscemi and Catherine Keener). LeGros played Chad Palomino, a male acting diva with endless "a-list" star demands for a "b-movie" director and crew. LeGros appeared on Showtime's Sleeper Cell (as Special Agent Ray Fuller) and on Law & Order. He was also a cast member on the television series Ally McBeal and guest-starred on Roseanne, Punky Brewster, The Outer Limits, and Friends. He portrayed Dr. Dan Harris on the NBC series Mercy.[3] LeGros portrayed Peter Gray in the Dark Sky thriller Bitter Feast.[4]

He is the first actor to appear on TV as Deputy United States Marshal Raylan Givens in the TV film Pronto, based on a book by Elmore Leonard. LeGros also appeared on the TV series Justified (which centers on the character Raylan Givens) as antagonist Wade Messer.

LeGros married to actress/photographer Kristina Loggia in 1992 and together they have two sons.