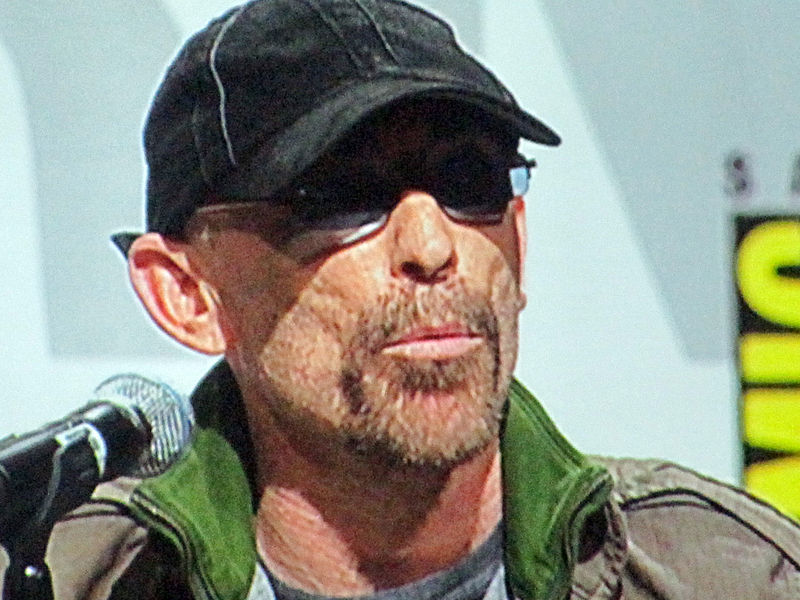 Jack Earle Haley[3][4] (born July 14, 1961) is an American actor. His earliest roles included Moocher in Breaking Away (1979) and Kelly Leak in The Bad News Bears (1976), The Bad News Bears in Breaking Training (1977) and The Bad News Bears Go to Japan (1978). After spending many years as a producer and director of television commercials,[5] he revived his acting career with a supporting role in All the King's Men (2006). This was followed by his performance as pedophile Ronald James McGorvey in Little Children (2006), for which he was nominated for the Academy Award for Best Supporting Actor.

Subsequent notable roles include the vigilante Rorschach in Watchmen (2009), horror icon Freddy Krueger in the remake of A Nightmare on Elm Street (2010). He currently stars as Odin Quincannon in Preacher and The Terror in The Tick (both 2016-present).[6]

Haley has appeared in numerous films, including Damnation Alley, John Schlesinger's The Day of the Locust, and Losin' It, as well as guest roles on TV. A well known child actor, he starred as Kelly Leak in the comedy The Bad News Bears. He also starred in The Bad News Bears in Breaking Training and The Bad News Bears Go to Japan.

He played Moocher in Peter Yates's acclaimed 1979 film Breaking Away and later in the short-lived TV series of the same name. Throughout the 1970s, he often played a tough, angry, pimply, long-haired misfit; although in his feature debut, the offbeat 1972 film, The Outside Man, he played Eric, a boy apparently so desperately lonely that he tries to impress the mob assassin holding him and his mother (Georgia Engel) hostage. Haley also shot a pilot for an American version of the popular British comedy The Young Ones titled Oh, No! Not THEM!. In 1974 he played Norm a misfit kid in the 12th episode of the Saturday morning children's show, Shazam! [9] It is rumored that in 1984, Haley's friend Johnny Depp accompanied him to auditions for Wes Craven's A Nightmare on Elm Street; instead of Haley being chosen for a role, it was Depp who was spotted by director Craven, who asked him if he would like to read for a part.[10][not in citation given]

Haley's acting career went dormant during most of the 1990s and early 2000s, when he moved to San Antonio, Texas, and eventually turned to directing,[11] finding success as a producer and director of television commercials. With the recommendation of Sean Penn, Haley returned to acting in 2006, first appearing in Steven Zaillian's All the King's Men alongside Penn as Sugar Boy, his bodyguard, before giving a critically acclaimed performance as a recently paroled sex offender in Todd Field's Little Children. He stated that his preparation for the role was greatly influenced by the relationship shared between his mother and his brother True, who battled a heroin addiction before he died of an overdose.[12] Haley was nominated for an Academy Award for Best Supporting Actor for this portrayal and in 2007 was invited to join the Academy of Motion Picture Arts and Sciences.[13]

Haley owns a production company, JEH Productions, in San Antonio, Texas. In 2008, he appeared in Semi-Pro and starred in Winged Creatures with Kate Beckinsale, Guy Pearce and Dakota Fanning.[14] He also stars in Zack Snyder's 2009 adaptation of the Alan Moore graphic novel, Watchmen, as Rorschach, a masked vigilante working to find the identity of a costumed hero killer, a role which earned Haley praise from many reviewers.[15] The film also reunited him with Little Children co-star Patrick Wilson who played Nite Owl II, former partner of Rorschach. Also in 2010, Haley appeared in Shutter Island, directed by Martin Scorsese,[16] playing a patient of a hospital for the criminally insane.

Haley played the role of Freddy Krueger in the A Nightmare on Elm Street remake.[17] He has signed on to play the role in three installments in the series.[18]

Haley was a series regular on Human Target as Guerrero, an ally of the main character, Christopher Chance. The series premiered on January 17, 2010 on Fox,[19][20] and lasted for two seasons before being cancelled in May 2011.

He played Willie Loomis in the 2012 film adaptation of Dark Shadows, directed by Tim Burton, and played Confederate States Vice President Alexander H. Stephens in Lincoln, directed by Steven Spielberg. More recently, he has played the supervillain "The Terror" in Amazon's re-boot of The Tick.