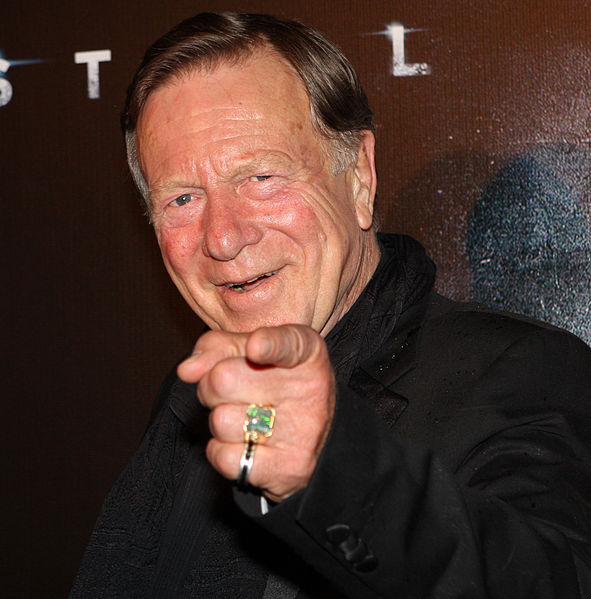 Jack Thompson, AM (born 31 August 1940) is an Australian actor and one of the major figures of Australian cinema. He was educated at University of Queensland, before embarking on his acting career. In 2002, he was made an honorary member of the Australian Cinematographers Society (ACS). He is best known as a lead actor in several acclaimed Australian films, including such classics as The Club (1980), Sunday Too Far Away (1975), The Man from Snowy River (1982) and Breaker Morant (1980). He won Cannes and AFI acting awards for the latter film. He was the recipient of a Living Legend Award at the 2005 Inside Film Awards.

Born John Hadley Pain in Manly, a suburb of Sydney, Thompson was 4 years old when his mother died, leaving his father, a merchant seaman, unable to care for him and his brother, David. He was then sent to an orphanage by his aunt and was subsequently adopted by John and Pat Thompson and changed his surname. The film reviewer Peter Thompson is his adopted brother. Thompson was educated at Sydney Boys High School. He left school at 14, and became a jackaroo in the Northern Territory, as well as taking labouring jobs in New South Wales.

After working in an agricultural lab, Thompson joined the army in 1960 so that he could earn a science degree. He enrolled at the University of Queensland in 1963 and transferred to an arts degree, performing in theatre at night, including the Twelfth Night Theatre and UQ Dramatic Society in Brisbane.

His TV career began with the soap opera Motel (1968), and guest appearances on Homicide and Matlock Police. He then took the lead role in spy drama series Spyforce (1971-1972), playing the role of Erskine. He eventually moved into feature film lead roles, and is best known primarily for his performance in Breaker Morant. He has also acted in television miniseries and appeared as the host of the Channel 7 factual series Find My Family.

Thompson was the first nude male centrefold in Cleo magazine in 1972. He has also appeared in television commercials, including as the face of the Bank of Melbourne for a decade, and for Claytons. Thompson is featured in a series of recordings of Australian poetry, reciting poems by Henry Lawson, Banjo Paterson, C. J. Dennis, Patrick Joseph Hartigan (aka John O'Brien) and John O'Grady. (see Discography below). Interviewed in the Sydney Morning Herald he explains his love of poetry, noting that 'Poetry is sometimes seen as too arty and perhaps not a suitable interest for blokes.'

Thompson married Beverley Hackett in 1963 and the five-year marriage produced his son Patrick Thompson. He then entered into a 15-year polyamorous relationship in the 1970s and 1980s with both Leona King and her sister Bunkie. He stayed with Leona following the birth of his second son, Billy.

Thompson featured in the first episode of the Australian version of Who Do You Think You Are?, which was televised on 13 January 2008 on SBS, with Thompson discovering that his great-grandfather was Captain Thomas Pain, and his great-great uncle was Alfred Lee, a prominent figure in Sydney society, who donated the journal of Joseph Banks, from Captain Cook's navigation to Australia in the 1770s, to the Mitchell Library in Sydney. Thompson used to own Hotel Gearin in Katoomba, Blue Mountains. He sold the hotel in June 2011.