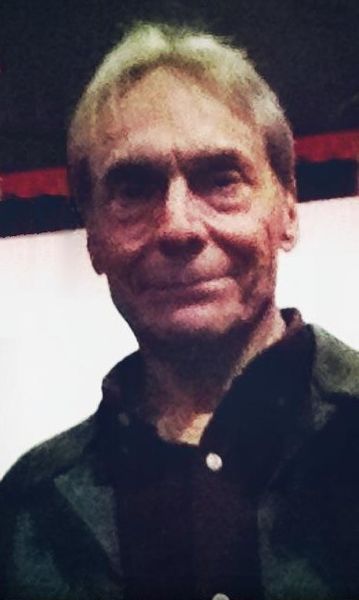 Jack Hill (born January 28, 1933)[1] is an American film director in the exploitation film genre. Several of Hill's later films have been characterized as feminist works.[2][3]

Hill was born in Los Angeles, California.[1] His mother, Mildred (née Pannill, b. February 1, 1907; death date n.a.),[4] was a music teacher,[5] and his father, Roland Everett Hill (February 5, 1895 - November 10, 1986),[6] worked as a set designer and art director for First National Pictures and Warner Bros.[5] on films including The Jazz Singer, Captain Blood, Action in the North Atlantic, and Captain Horatio Hornblower, and as well was an architect who designed the centerpiece Sleeping Beauty Castle at Disneyland in California.[7]

Hill attended UCLA, which he attended, he said, for "a couple of years" before leaving to get married and then returning to earn a degree in music.[8] While a student, he played in a symphony orchestra that performed for the soundtracks of Doctor Zhivago and The Brothers Karamazov, and he arranged music for burlesque performers; through this he met comedian Lenny Bruce, whose daughter Kitty Bruce would act in Hill's 1975 film Switchblade Sisters.[8] He went on to postgraduate studies at UCLA Film School, where instructor and former movie director Dorothy Arzner encouraged Hill and his classmate and friend Francis Ford Coppola. Hill worked as a cameraman, a sound recorder (including on Coppola's student short Ayamonn the Terrible), and an editor on student films.[8] His short The Host starred Sid Haig, an acting student at the Pasadena Playhouse under teacher Arzner, who introduced them;[8] this marked the first of several films together.

Hill went on to work with Coppola on several of that director's early movies, including producer Roger Corman's 1963 movie The Terror.[9] He added 20 minutes to 1960's Wasp Woman for its eventual television syndication release, shooting without access to any original cast-member.[9]

Hill's discoveries include Pam Grier, who starred in four of his films from The Big Doll House through Foxy Brown; Sid Haig, who acts in most of Hill's films, beginning with Spider Baby; and Ellen Burstyn, who starred in Pit Stop.

His student film The Host was a partial influence on former classmate Francis Ford Coppola's Apocalypse Now.[1][9] Hill recalled in a 2000s interview that when he made The Host,

I had been reading James Frazer ... and I had enjoyed his best-known book, The Golden Bough; in fact, my writing teacher said of 'The Host', “This is the story that Frazer forgot to tell.” It was influenced by his writing and if you see Apocalypse Now and look at the very last act of the movie, the camera explores Kurtz’s hideaway and you see a stack of books on his shelf. Very prominently featured there is The Golden Bough. When I saw the movie, my jaw dropped because Francis knew very well that my story was adapted from that. ... The third act didn’t work but that was mine—that was my story . ... John Milius wrote the script and Francis thought it was great but he did not like the ending. In fact, he didn’t come up with the right ending until he was over in the Philippines shooting it. So he knew my student film very well and I got this straight from Steve Burum, who ... was my cameraman on The Host and he was the second unit cameraman on Apocalypse Now and he said, 'We were all laughing and saying that we were doing Jack Hill’s student film.'[11]