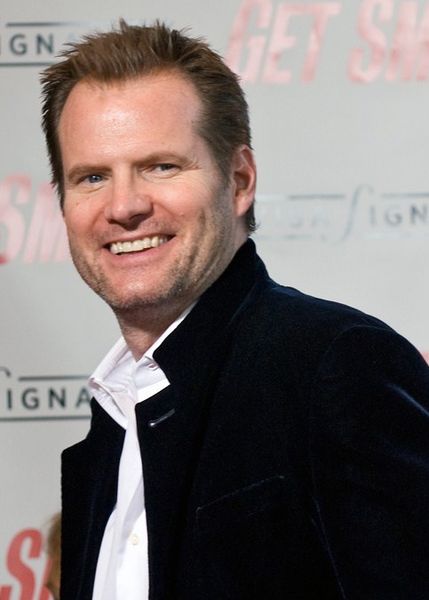 Coleman's first major role was in Days of Our Lives, where he appeared from 1981 to 1982 as the character of Jake Kositchek (aka The Salem Strangler).[3] He also made an appearance on Celebrity Bullseye. In 1982, he joined the cast of Dynasty when he took over the role of Steven Carrington, one of the first gay characters on American television. Coleman played the role until the end of the show's eighth season in 1988.

He was a regular on the short-lived series Nightmare Cafe (1992), and appeared on the miniseries Kingdom Hospital (2004). He made guest appearances in The Net, CSI: Miami, Nip/Tuck, Without a Trace, Diagnosis: Murder, and Entourage.[4] He co-starred as Alyson & Amanda Michalka's father in the Disney Channel Original Movie Cow Belles.

Coleman was a main cast member of science-fiction series Heroes, where he played Noah Bennet (a.k.a. "The Man With Horn-Rimmed Glasses" or "HRG"). Coleman states about portraying the character, "It's a combination of the light and dark. I don't want to just be a moustache twirling villain."[5]

Coleman appeared in an episode of The Mentalist in October 2010. He played the role of a wealthy, arrogant murder suspect named Max Winter.[6]

He also played a patient named Joe Dugan (a campaign manager of a New Jersey senator) in the House episode of "Office Politics" in 2010.

In Hallmark Channel’s original movie Rock The House (2010), Jack Coleman played a lawyer named Max who finds a way to reconnect with his daughter and his old sense of joy when he gets back together with his music-making friends from his teenaged years.

From 2011 to 2012, he played Bill Forbes on the third season of the CW drama The Vampire Diaries in the episodes "The Hybrid", "The End of the Affair", "Disturbing Behavior", "The Ties That Bind" and "Bringing Out The Dead".

In 2011, he appeared on the CBS drama Criminal Minds, playing Bill Rogers, a serial rapist, in the episode "Hope".

On July 22, 2012, it was announced that Coleman is joining the fifth season of Castle as a new antagonist for Stana Katic’s character Kate Beckett.[7] He has appeared in the episodes "After the Storm", "Recoil", "In the Belly of the Beast", "Veritas", "XY", and "XX" playing Senator William H Bracken.

Jack Coleman joined USA’s Burn Notice as a recurring part of the USA Network drama’s truncated (13-episode) seventh and final season. He played Andrew Strong, a ranking CIA officer who has seen it all. Noble, but also obsessive at times, Strong is a relentless taskmaster who pushes Michael (Jeffrey Donovan) to do whatever it takes to complete the mission.[8]

In 2015, he reprised his role as Noah Bennet in an "event miniseries" Heroes Reborn, which served as a continuation of the original Heroes storyline

Coleman was born in Easton, Pennsylvania, a sixth-generation descendant of Benjamin Franklin.[2] He attended The Solebury School and Duke University, where he decided to pursue acting as a career. After graduating from Duke in 1980, he attended the National Theater Institute at The Eugene O'Neill Theater Center. He married actress Beth Toussaint in 1996.[9] They have a daughter, Tess, born in 1999.