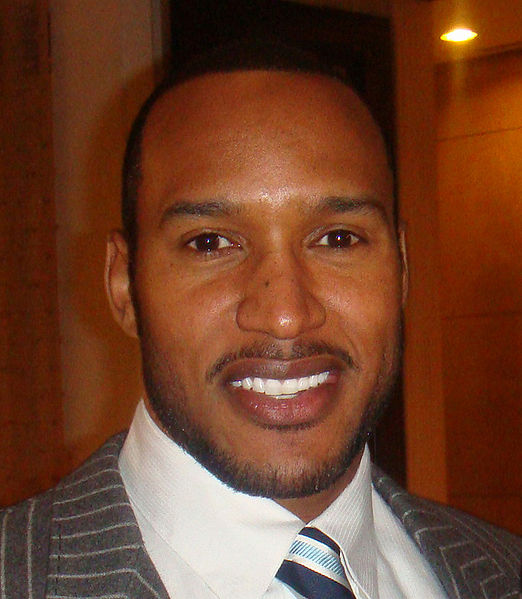 Henry Oswald Simmons, Jr. (born July 1, 1970)[citation needed] is an American actor. He is known for portraying NYPD Detective Baldwin Jones on the ABC police drama NYPD Blue, from 2000-2005, and as Agent Alphonso "Mack" MacKenzie on ABC's Agents of S.H.I.E.L.D..

Simmons was born in Stamford, Connecticut, the son of Aurelia, a school teacher, and Henry Simmons, Sr., an IRS Revenue Officer.[1] He is one of three children, including his twin sister, and another sister. Simmons earned a basketball scholarship to Franklin Pierce University, where he earned a business degree.[2]
Read more...

While attending Franklin Pierce University, he experimented in theater.[2] After graduating from college, he briefly worked at a Fortune 500 company in Stamford. Unhappy with his job, Simmons moved to New York City and began to study acting and after a few bit roles, he landed a recurring role on the soap opera Another World.

Simmons is best known for playing Detective Baldwin Jones on the ABC drama NYPD Blue for six seasons. He also played Queen Latifah's boyfriend in the 2004 action/comedy film Taxi. He had a leading role in the CBS legal drama Shark, starring James Woods, and played a leading role in World's Greatest Dad. He recently starred in the ABC-TV comedy series Man Up!. Recently his projects included feature films From the Rough, starring Taraji P. Henson, and No Good Deed, starring Idris Elba and Taraji P. Henson.[3]

Since 2014, Simmons appears on ABC's Marvel's Agents of S.H.I.E.L.D., portraying mechanic S.H.I.E.L.D. Agent Alphonso "Mack" MacKenzie.[4] After being a recurring character on season 2, he was promoted as a regular character for season 3 and season 4.[5]

Simmons can be seen in a 2015 Lexus commercial, answering the question "What makes us, us."[6]

Report a problem
Write to Henry Simmons at FanPal • 2021