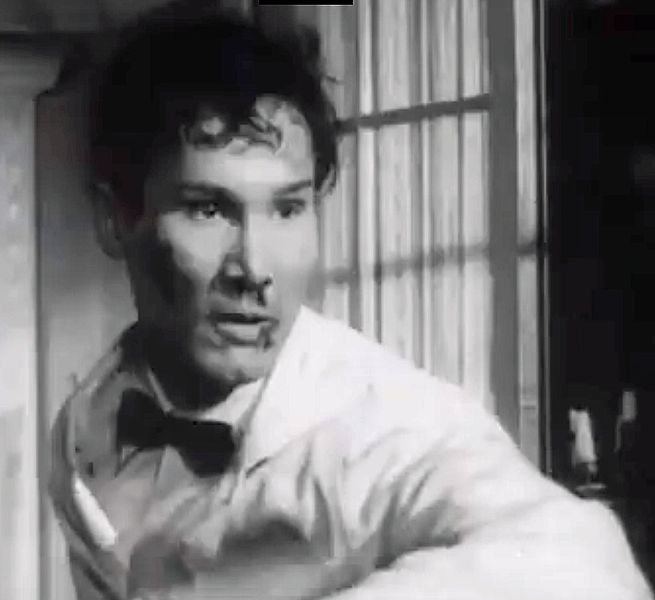 Henry Silva (born September 15, 1928)[1] is an American film and television actor. A prolific character actor, Silva has been a regular staple of international genre cinema often as a criminal or gangster. Notable film appearances include Ocean's 11 (1960), The Manchurian Candidate (1962), Johnny Cool (1963), Sharky's Machine (1981), and Ghost Dog: The Way of the Samurai (1999).

Silva was born in Brooklyn, New York, of Sicilian and Portuguese descent.[2][3] He grew up in Harlem and quit school when he was 13 years old to attend drama classes, supporting himself as a dishwasher and waiter at a Manhattan hotel.

By 1955, Silva felt ready to audition for the Actors Studio. He was accepted,[4] one of only five successful applicants out of more than 2,500.[citation needed] When the Studio staged Michael V. Gazzo's play A Hatful of Rain as a classroom project (which itself grew out of an earlier improvisation by Silva, Paul Richards and Anthony Franciosa, based on a scene written by Gazzo, entitled "Pot"), it proved so successful that it was presented on Broadway, with students Ben Gazzara, Shelley Winters, Harry Guardino, along with Franciosa, Richards and Silva, in key roles. Silva also appeared in the play's film version.[5]

In Hollywood, he played a succession of villains in films including The Tall T (1957) with Randolph Scott, The Bravados (1958) with Gregory Peck and The Law and Jake Wade (1958). In the 1959 adventure film Green Mansions, he played a forest-dwelling Venezuela native known as Kua-Ko who tries to murder a young woman played by Audrey Hepburn.

Silva was one of the eleven casino robbers in the 1960 Rat Pack caper film Ocean's 11, starring Frank Sinatra, Dean Martin, Sammy Davis Jr. and Peter Lawford. He also played the communist agent Chunjin in the original The Manchurian Candidate (1962), again opposite Sinatra, and portrayed a Native American in Sinatra's and Martin's Rat Pack Western Sergeants 3 that same year.

Silva gradually became typecast playing mobsters, robbers and other criminals, although he did play a comic role as one of the stepbrothers in the 1960 Jerry Lewis film Cinderfella, a parody of Cinderella with Lewis in the title role. He appeared in two episodes of The Outer Limits television series. Other TV appearances included as a hitman in the episode "Better Bargain" on Alfred Hitchcock Presents, plus roles on episodes of The Untouchables, Rod Serling's Night Gallery, Voyage to the Bottom of the Sea and Mission Impossible, as well as Boris Karloff's suspense series Thriller.

In 1963, Henry Silva played the lead role in the gangster film Johnny Cool, which was produced by United Artists and Chrislaw. His character Salvatore "Johnny Cool" Giordano was a hitman sent on a mission by exiled mobster Johnny Colini to kill the underworld figures who had plotted against the mobster. Premiering on October 19, 1963, the film was successful at the box-office and was critically well received. So was the actor's first lead performance, which carried the film. The strong supporting cast features Elizabeth Montgomery, Mort Sahl, Telly Savalas, Jim Backus, Joey Bishop, and Sammy Davis, Jr., most of whose characters were murdered by Silva's murders during the course of the film. Variety praised Silva's performance, writing "Henry Silva, as a Sicilian-born assassin, is at home as the 'delivery boy of death'".[6] The film's box-office receipts dropped by late November (partly due to the death of President John F. Kennedy[citation needed]).

In 1965, an Italian film producer made Silva an offer to star as a hero for a change and he moved his family overseas. Silva's turning-point picture was a spaghetti western, The Hills Run Red (1966), which made him a hot box-office commodity in Spain, Italy, Germany, and France. Between 1966 and 1977 he starred or co-starred in at least 25 movies, the majority of which were Italian Poliziotteschi films, where he normally played the villain or hitman, or the dark hero, or a combination of the two. His best remembered of these are Manhunt (1972), Il Boss (1973), and Almost Human (1974).

He also appeared against type as the Japanese detective Mr. Moto in the 1965 murder mystery The Return of Mr. Moto, and as an Apache who helps rape victim Michele Carey in the 1970 revenge western Five Savage Men.

Returning to the United States in the mid-1970s, he co-starred with Frank Sinatra in Contract on Cherry Street (1977) and Charles Bronson in Love and Bullets (1979). He then signed on as the evil adversary Killer Kane in Buck Rogers in the 25th Century (1979).

In the 1980s and 1990s, he appeared as the arrogant hunter Colonel Brock in Alligator (1980), a drug-addicted hitman in Burt Reynolds' Sharky's Machine (1981), a former prison warden-turned-enforcer in Escape from the Bronx (1983), which was lampooned on Mystery Science Theater 3000, a comedy gangster in Cannonball Run II (1984) opposite many of his former Rat Pack buddies, the villainous CIA agent Kurt Zagon in Steven Seagal's debut Above the Law (1988), the sinister mob hitman Influence in Dick Tracy (1990), and the voice of the supervillain Bane in Batman: The Animated Series (1994) and The New Batman Adventures (1998). Silva also plays the crime boss Ray Vargo in Jim Jarmusch's Ghost Dog: The Way of the Samurai (1999) who puts out a hit on the titular character.

Silva also starred as himself in a spoof of In Search of ...-type shows in the comedy Amazon Women on the Moon (1987) for a segment titled Henry Silva's "Bullshit, or Not!", and played a spectator at a boxing match in the 2001 version of Ocean's Eleven.