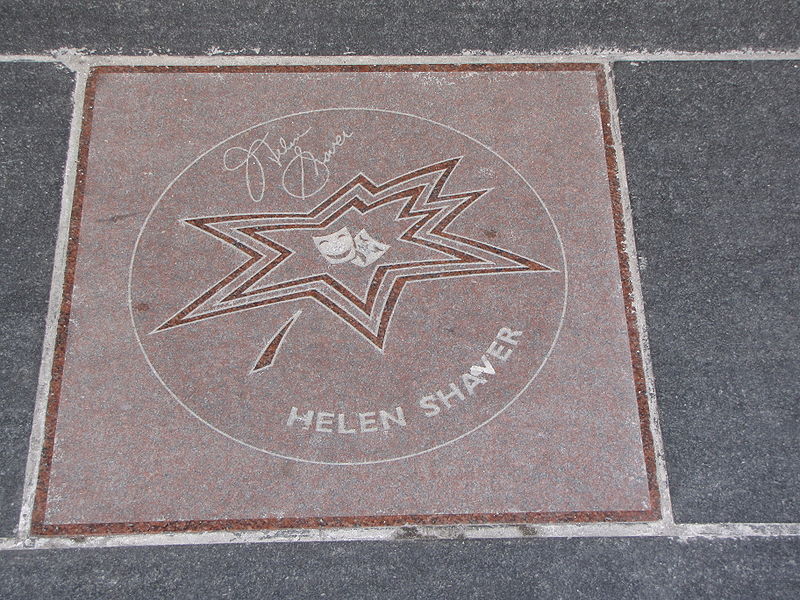 Helen Shaver (born February 24, 1951) is a Canadian actress[1] and film and television director. She has received Emmy and Saturn Award nominations, among other honours.

Shaver was born and raised, with five sisters, in St. Thomas, Ontario, Canada, a small city located near London, Ontario. As a child, she suffered from chronic rheumatic fever and, between the ages of five and twelve, was forced to spend six months of each year in bed or in hospitals, which she said fostered her introspective side. She attended the Banff School of Fine Arts as a teenager and studied acting at the University of Victoria in British Columbia.
Read more...

After roles in such Canadian features as Outrageous! (1977), Starship Invasions (1977), Who Has Seen the Wind (1977) and High Ballin’ (1978), Shaver won a Canadian Film Award as Best Lead Actress opposite Tom Berenger (for her performance as "Ann MacDonald") in In Praise of Older Women (1978).

Shaver was one of the stars of director Sam Peckinpah's final film, 1983's The Osterman Weekend. In 1985, Shaver starred in Desert Hearts as a 1950s university professor who falls in love with another woman.[1] Her performance, with co-star Patricia Charbonneau, drew critical praise and Shaver won the Bronze Leopard Award at the Locarno International Film Festival. Another prominent film performance during that time came in 1986 as the love interest of Paul Newman in his Oscar-winning portrayal of "Fast Eddie Felson" in Scorsese's The Color of Money, a sequel to 1961's The Hustler.

In 1980, Shaver starred with Beau Bridges in the short-lived NBC TV series United States developed by Larry Gelbart. A year later she starred in the short-lived drama series Jessica Novak. She subsequently appeared on such television shows as Hill Street Blues and T. J. Hooker. In 1990, she guest-starred as the murderer in Rest in Peace, Mrs. Columbo, and later that year co-starred on the short-lived series WIOU, playing a television journalist (as she also did on Jessica Novak). From 1996-1999, Shaver co-starred on the TV series Poltergeist: The Legacy, playing Dr. Rachel Corrigan, a widowed psychiatrist with an eight-year-old daughter who is helped by the Legacy in the pilot episode; her performance earned a Saturn Award nomination. In 2000, she won a Genie Award for her portrayal of a drug-addicted prostitute in the independent feature We All Fall Down.

Shaver made her feature-length directorial debut in 1999 with Summer's End, which won an Emmy and earned her a directorial nomination. Shaver has also directed a number of television shows and cable movies, including The Outer Limits, Judging Amy, Joan of Arcadia, Medium, The OC, Law & Order: Special Victims Unit, The L Word, Jericho, Journeyman, Private Practice, The Unit, Crusoe, Orphan Black and 13 Reasons Why. In 2003 she won a Gemini award for Best Direction in a Dramatic Series for the Just Cause television series episode "Death's Details".

Shaver dated screenwriter Stephen C. Peters, and is now married to Steve Smith, the key grip she met during the filming of Desert Hearts. They have a son, Mackenzie.