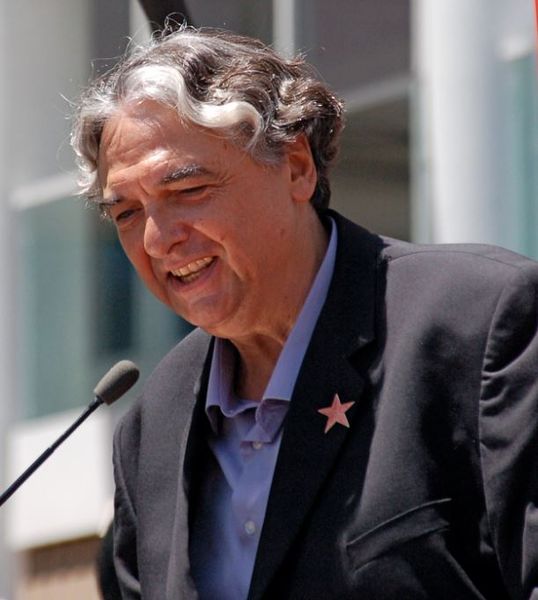 Nava was born in San Diego, of Mexican and Basque heritage. Nava graduated from St. Augustine High School in San Diego and went on to attend film school at UCLA where he earned an MFA in 1976. At UCLA he directed the short film The Journal of Diego Rodriguez Silva (based on the life of García Lorca), and for this work, won the Best Dramatic Film Award at the National Student Film Festival. Nava married Anna Thomas in 1975. They collaborated on many projects, and had sons Christopher (born 1984) and Teddy (born 1985) before separating in 1995. They eventually divorced in 2006. Nava married Barbara Martinez Jitner in 2013.
Read more...

While an instructor at Moorpark College teaching classes in cinematography, Nava's first feature film, The Confessions of Amans, won the Best First Feature Award at the Chicago International Film Festival in 1976. Later, he came to the attention of Hollywood producers due to the success of El Norte, which garnered Nava and his wife Anna Thomas an Academy Award nomination, among other accolades, for the screenplay. In 1995 the film was registered by the Library of Congress, National Film Registry. According to Chicago Sun-Times film critic Roger Ebert, "El Norte tells the story with astonishing visual beauty, with unashamed melodrama, with anger leavened by hope. It is a Grapes of Wrath for our time."[1]

Further collaborations with his wife Thomas include: The Confessions of Amans, A Time of Destiny, My Family, and Frida (screenplay), and other works.

Nava had further directing success in 1996 with the film Selena, starring Jennifer Lopez, who was nominated for the Golden Globe Award for Best Actress.

From 2003 to 2004, Nava executive produced the television series American Family: Journey of Dreams for PBS. He also directed a few episodes.

In 2006, Nava produced, wrote, and directed the film Bordertown which made its debut at the Berlin Film Festival on February 15, 2007. The film, based on true events, is a political thriller about a series of unsolved murders in Ciudad Juárez, Mexico. It stars Jennifer Lopez as a Chicago-based reporter who follows the story.[2] The film was shot in New Mexico and Mexico.