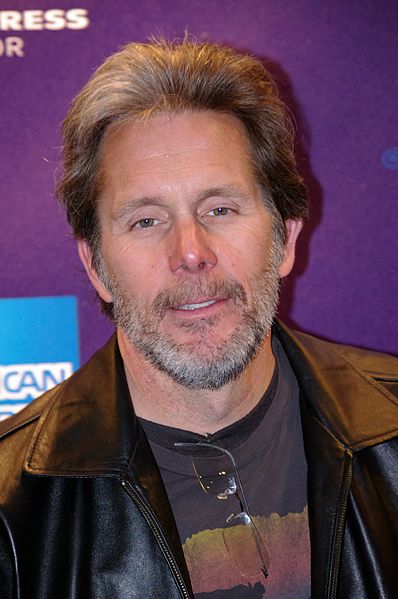 Gary Michael Cole (born September 20, 1956) is an American actor and voice actor. Cole began his professional acting career on stage at Chicago's Steppenwolf Theatre Company in 1985. On television, he has had starring roles in the series Midnight Caller, American Gothic, Crusade, The Good Wife, Veep and, most recently, Chicago Fire. In film, Cole has appeared in The Brady Bunch Movie, One Hour Photo, Office Space, Dodgeball, and Talladega Nights. Cole is also known for voicing the title character of Harvey Birdman, Attorney at Law, and was the voice of Dr. James Timothy Possible on Kim Possible.

Gary Michael Cole was born on September 20, 1956 in Park Ridge, Illinois, and raised in Rolling Meadows, Illinois. His father, Robert, was a school administrative assistant, and his mother, Peggy J., was a director of finance.[1][2][3] Cole has an older sister, Nancy.[4] While attending Rolling Meadows High School, Cole made his acting debut as Snoopy in a high school production of You're a Good Man, Charlie Brown. Cole attended Illinois State University, where he studied theater as a classmate with other future actors Laurie Metcalf and John Malkovich.
Read more...

Cole began his professional career in 1983 as a stage actor in Chicago, where he joined the ensemble of the Steppenwolf Theatre Company in 1985. In an early role Cole played an accused Army triple-murderer Capt Jeffrey MacDonald in the mini-series Fatal Vision. Cole has also appeared in several off-Broadway productions in New York City. He has done voice work on several animated series (Family Guy; Kim Possible; Harvey Birdman, Attorney at Law; Archer) and had a recurring role on the drama The West Wing as Vice President Bob Russell. He also starred as Captain Matthew Gideon on the short-lived Babylon 5 spin-off Crusade, and had notable guest appearances on Law & Order: Special Victims Unit and Arrested Development. He also played Joe Maxwell on DCOM Cadet Kelly and appeared as real-life astronaut Edgar Mitchell in HBO's recreation of Project Apollo, From the Earth to the Moon. One of his most notable roles in 1991 was as General Custer in the much acclaimed television film Son of the Morning Star.

Between 1988 and 1991, Cole became popular on TV for playing the part of Jack "Nighthawk" Killian in the series Midnight Caller. In 1999, Cole starred in the film Office Space, in which he portrayed the sadistic office supervisor Bill Lumbergh. When asked about the oft-quoted character, Cole said:

Cole starred as Lt. Conrad Rose on the TNT series Wanted, he is also the voice of the title character on the Adult Swim series Harvey Birdman, Attorney at Law, and starred as Sheriff Lucas Buck on the one season 1995 show, American Gothic. Cole also appeared in the films Talladega Nights, Forever Strong, and American Pastime.

In 2008, Cole appeared on Chuck as Sarah's con-artist father (in "Chuck Versus the DeLorean"), a role which he reprised in 2011 (in "Chuck Versus the Wedding Planner"). He also appeared in the fifth season of HBO's Entourage playing Ari Gold's old pal Andrew Klein for a 3-episode story arc prior to joining the regular cast in the sixth season.

Cole had a guest-appearance on the fourth season of the HBO series True Blood, playing Sookie Stackhouse's grandfather.

In 2011, Cole joined Fox's comedy pilot Tagged, but the series was not picked up.[7]

In 2013, Cole began a recurring role on Suits as Cameron Dennis, the former mentor of Harvey Specter, one of the show's main characters. Also in 2013, Cole began a major recurring role as Kent Davison on the HBO comedy series Veep, and has appeared throughout the second, third, fourth, and fifth seasons of the show. In 2014, he was nominated for the Primetime Emmy Award for Outstanding Guest Actor in a Comedy Series for his work in the third season.

Cole married actress Teddi Siddall on March 8, 1992.[3] Their daughter Mary is pursuing an acting career. On June 19, 2017, the couple announced they were divorcing.[8]