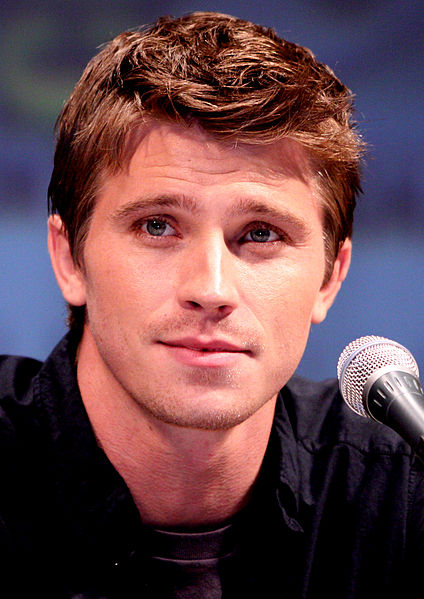 Hedlund was born in Roseau, Minnesota, to Kristine Anne (née Yanish) and Robert Martin Hedlund.[1] He is the youngest of three children, with a brother, Nathaniel, and a sister, Amanda. His father is of Swedish descent and his mother is of German and Norwegian descent.[2][3] Hedlund was raised on a remote beef cattle farm near the small town of Wannaska, Minnesota.[4][5][6] In the tenth grade, he moved to live with his mother in Arizona, where he saved his tips from working as a waiter to pay for lessons with acting coach Jean Fowler, with whom he worked on speeches and script material.[7]
Read more...

As a teenager, Hedlund modelled for L.L. Bean and Teen magazine. In 2003, at the age of eighteen, Hedlund moved to Los Angeles to pursue his acting career.[3]

Hedlund made his feature film debut with Brad Pitt as Patroclus in the mythological epic adventure war drama Troy. The film was released on May 14, 2004.[8][9] He also co-starred with Billy Bob Thornton, Connie Britton and Tim McGraw as Don Billingsley in the 2004 sports drama Friday Night Lights, where McGraw played his abusive father.[10]

Hedlund also co-starred with Gwyneth Paltrow, Leighton Meester and his Friday Night Lights co-star, country musician Tim McGraw in the musical drama Country Strong, which was released on December 22, 2010.[17] He recorded a number of songs for the film including "Chances Are" which appeared on Country Strong: Original Motion Picture Soundtrack. His performance was well-received by critics; noting voice similarities between him and Charlie Robison, Roughstock said "the best song on this album belongs to him" and Country Weekly wrote that of all the songs performed by actors in this film, his was "the most convincing".[18][19] Six other songs including a duet with Meester were featured on a second soundtrack titled Country Strong: More Music from the Motion Picture.

Hedlund at the 2010 Comic Con in San Diego

Hedlund was cast as Kaneda Shotaro in the live-action version of Akira,[20] but production of the film was cancelled.[21] He also co-starred with Kristen Stewart, Amy Adams, Steve Buscemi, Terrence Howard, Kirsten Dunst and Viggo Mortensen as Dean Moriarty in the 2012 adventure drama On the Road. The film was directed by Walter Salles and based on Jack Kerouac's novel of same name.[22] Disney said in December 2012 that Hedlund would reprise his role of Sam Flynn in the sequel to Tron: Legacy.[23][24]

Hedlund reportedly turned down the roles of Finnick in the sequel to the dystopian science fiction/adventure film The Hunger Games titled Catching Fire[25] and Christian Grey in the film adaptation of E. L. James' best-selling novel Fifty Shades of Grey.[26] In 2014, Hedlund co-starred with Jack O'Connell and Domhnall Gleeson in the historical drama Unbroken directed by Angelina Jolie.[27] In 2018, Garrett co-starred with Sharon Stone as an aspiring artist in Steven Soderbergh's HBO murder mystery drama series Mosaic.

Hedlund at the 2013 Cannes Film Festival

Report a problem
Write to Garrett Hedlund at FanPal • 2022