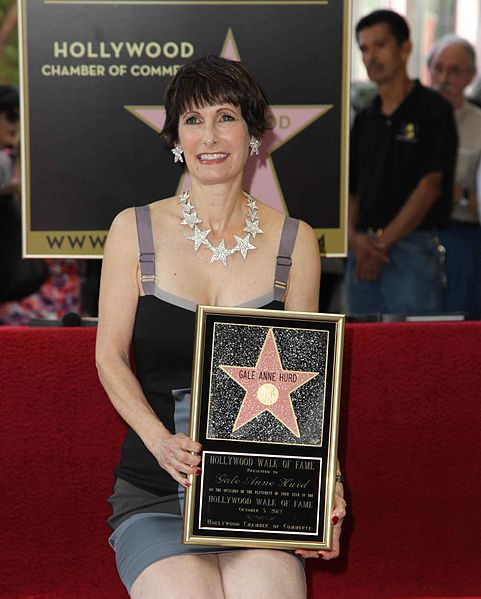 Gale Anne Hurd (born October 25, 1955) is an American film producer. She is currently the recording secretary for the Producers Guild of America.[1] She is also the founder of Valhalla Entertainment (formerly Pacific Western Productions).[2]

Hurd was born in Los Angeles, the daughter of Lolita (née Espiau) and Frank E. Hurd, an investor.[3] Her father was Jewish and her mother was Roman Catholic.[4] She grew up in Palm Springs, California and graduated from Stanford University with a BA in economics and communications, and a minor in political science, in 1977.[citation needed]
Read more...

She joined New World Pictures as executive assistant to Roger Corman, the company president. She worked her way up through various administrative positions and eventually became involved in production.[5] She formed her own production company, Pacific Western Productions, in 1982 and went on to produce a number of box-office hits including The Terminator (1984),[6] Aliens (1986), and The Abyss (1989).[7]

Hurd with the cast of The Walking Dead in October 2012

In 1998, she was awarded the Women in Film Crystal Award for outstanding women who, through their endurance and the excellence of their work, have helped to expand the role of women within the entertainment industry.[8]

In 2003, she was awarded the Telluride Tech Festival Award of Technology at Telluride, Colorado, along with Sir Arthur C. Clarke.[9]

Hurd became a governor of the Academy of Motion Picture Arts and Sciences in 2011.

In 2013, Hurd was awarded the Laura Ziskin Lifetime Achievement Award from the Athena Film Festival, at Barnard College in New York City. The award honors her as a woman in the film industry whose leadership demonstrates vision and courage and sets a standard for other women to emulate.[12]

Hurd has been awarded the Fangoria Lifetime Achievement Award in 2017, for her body of work in the horror and science fiction genres.[13]

The producing team behind Aliens, James Cameron and Hurd