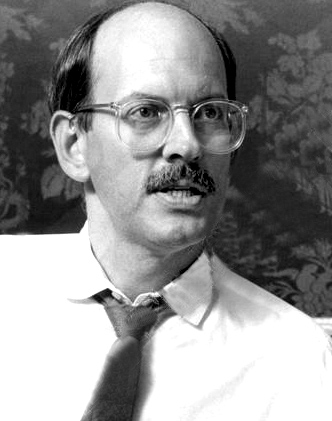 Frank Oz (born Frank Richard Oznowicz;[2] May 25, 1944) is an English-born American actor, puppeteer, director and producer. His career began as a puppeteer, where he performed the Muppet characters of Miss Piggy, Fozzie Bear, Animal, and Sam Eagle in The Muppet Show, and Cookie Monster, Bert, and Grover in Sesame Street.[4] He is also known for the role of Yoda in the Star Wars series, in which he has performed and provided the voice for the character in several films and television series.

Oz was born in Hereford, England, United Kingdom; the son of Frances (née Ghevaert; 1910-1989) and Isidore Oznowicz (1916-1998), both of whom were puppeteers.[5][6] His father was also a window trimmer.[1][7] His parents moved to England after fighting the Nazis with the Dutch Brigades. Oz's Dutch/Polish father was Jewish and his Flemish mother was a Lapsed Catholic.[2][8][9][10] They left England when he was six months old and lived in Belgium until he was five.[11][12] Oz and his family moved to Montana in 1951.[7] They eventually settled in Oakland, California.[1] Oz attended Oakland Technical High School and Oakland City College. He worked as an apprentice puppeteer at Children's Fairyland as a teenager[13] with the Vagabond Puppets, a production of the Oakland Recreation Department, where Lettie Connell[14] was his mentor.
Read more...

Oz is known for his work as a puppeteer, performing with Jim Henson's Muppets. His characters have included Miss Piggy, Fozzie Bear, Animal, and Sam Eagle on The Muppet Show, and Grover, Cookie Monster and Bert on Sesame Street.

In addition to performing a variety of characters, Oz has been one of the primary collaborators responsible for the development of the Muppets over the last 30 years. Oz has performed as a Muppet performer in over 75 productions including Labyrinth, video releases, and television specials, as well as countless other public appearances, episodes of Sesame Street, and other Jim Henson series. His puppetry work spans from 1963 to the present, although he semi-retired from performing his Muppets characters in 2001.[15] In 2001, his characters were taken over primarily by Eric Jacobson (with David Rudman as Cookie Monster).[16]

Oz explained why he decided on leaving the Muppets in a 2007 interview:

"One was that I was a dad, I have four kids. The reason was that I was constantly asked to do stuff. And also, I'd done this for 30 years, and I'd never wanted to be a puppeteer in the first place. I wanted to be a journalist, and really what I wanted to do was direct theatre and direct movies. So it was more a slow progression, working with Jim, but I felt limited. As an actor and a performer, you always feel limited because you're not the source of the creation, and I wanted to be the source. I wanted to be the guy and give my view of the world. And if I screw it up, I screw it up, but at least I tried. And as a director, what you're really showing is you're showing the audience your view of the world...I've always enjoyed, more than anything else in the world, bringing things to life, whether it's characters or actors in a scene or moments in movies. I've done so much with the puppets, that I'd always wanted to work with actors."[17]

Oz is also known as the performer of Jedi Master Yoda from George Lucas' Star Wars series. Jim Henson had originally been contacted by Lucas about possibly performing Yoda. Henson was preoccupied and instead suggested Oz to be assigned as chief puppeteer of the character, as well as a creative consultant. Oz performed the puppet and provided the voice for Yoda in The Empire Strikes Back (1980), Return of the Jedi (1983), Star Wars: Episode I - The Phantom Menace (1999), and Star Wars: The Last Jedi (2017).[18] Oz also provided the voice of the computer-generated imagery (CGI) Yoda in Star Wars: Episode II - Attack of the Clones (2002) and Star Wars: Episode III - Revenge of the Sith (2005). The conversion to CGI was met with some criticism among fans, but Oz himself said that was "exactly what should have done."[19] Oz had a great deal of creative input on the character and was himself responsible for creating the character's trademark syntax.[20] Oz returned to voice Yoda in Disney's Star Tours-The Adventures Continue attractions[21] and in the Star Wars Rebels episodes, "Path of the Jedi" and "Shroud of Darkness."

Inspiration as a filmmaker came to Oz upon a viewing of the Orson Welles film Touch of Evil (1958), the director told Robert K. Elder in an interview for The Film That Changed My Life:[22]

"I think it opened up my view of film — that there's so much more that could be done. Actually, by breaking so many rules, he allowed other people to say, 'Hey, I can maybe think of some stuff, too!' He just opened up the possibilities more for me. That's what he did."[23]

Oz began his behind-the-camera work when he co-directed the fantasy film The Dark Crystal with long-time collaborator Jim Henson. The film featured the most advanced puppets ever created for a movie.[citation needed] Oz further employed those skills in directing 1984's The Muppets Take Manhattan, as well as sharing a screenwriting credit.

In 1986, he directed his first film that did not involve Henson, Little Shop Of Horrors. The musical film starred Rick Moranis and Ellen Greene, as well as Vincent Gardenia, Steve Martin, Bill Murray, John Candy, Christopher Guest, Jim Belushi and a 15-foot-tall talking plant (voiced by Levi Stubbs) which at times required up to 40 puppeteers to operate. The film allowed Oz to show his ability to work with live actors and led to opportunities to direct films that did not include puppetry.

Usually helming comedic productions, Oz went on to direct Dirty Rotten Scoundrels in 1988, starring Steve Martin and Michael Caine, What About Bob? in 1991, starring Bill Murray and Richard Dreyfuss, and Housesitter in 1992, starring Steve Martin and Goldie Hawn (all of which were scored by Miles Goodman). Later films include The Indian in the Cupboard (1995), In & Out (1997), Bowfinger (1999), The Score (2001), the 2004 remake of The Stepford Wives, and the original Death at a Funeral (2007).

Oz has frequently experienced on-set tension while directing his films, notably during the productions of What About Bob?, In & Out, The Score and The Stepford Wives.[11][24][25][26] Oz was also considered to direct other films such as Mermaids (1990) and Harry Potter and the Chamber of Secrets (2002).[11][12]

As an actor, Oz appeared in one scene as a Prison Storeroom Keeper in The Blues Brothers (1980), directed by John Landis. He appeared in a similar role and scene in Trading Places (1983), also directed by Landis. He had roles in several other Landis films including An American Werewolf in London (1981), Spies Like Us (1985), Innocent Blood (1992) and Blues Brothers 2000 (1998). In 2001 he had a voice acting role in the Pixar film Monsters, Inc. as Randall's scare assistant, Fungus.[27] In 2005, he had a minor part in the Columbia film Zathura as the voice of the robot.

Other cameos have included playing a surgeon in scenes cut from the theatrical release of Superman III,[28] The Muppet Movie, The Great Muppet Caper, The Muppets Take Manhattan and several other Jim Henson-related films that did not involve just his puppeteering.

Even if he does not appear in a Landis movie, his name is often spoken in the background. During airport scenes in Into the Night and Coming to America, there are announcements on the PA system for 'Mr. Frank Oznowicz'.[citation needed]

Oz was previously married to Robin Garsen.[1] He is now married to Victoria Labalme.[3] Oz is the father of four sons.[3] He maintained a residence in England for nine years[12] and currently resides in Manhattan (as of 2012).[3]

Report a problem
Write to Frank Oz at FanPal • 2021