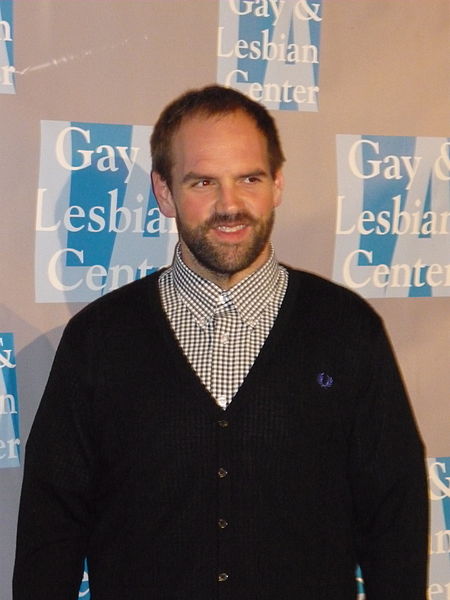 Ethan Suplee (born May 25, 1976) is an American film and television actor best known for his roles as Seth Ryan in American History X, Louie Lastik in Remember the Titans, Frankie in Boy Meets World, Randy Hickey in My Name Is Earl, Toby in The Wolf of Wall Street, Elwood in Without a Paddle, and his roles in Kevin Smith films.

Suplee was born in Manhattan, the son of Debbie and Bill Suplee (who later played Willie the One Eyed Mailman, in My Name Is Earl). His parents were actors who met while performing summer stock and appeared on Broadway.[1]
Read more...

The first major role Suplee landed was as Willam in Mallrats, directed by Kevin Smith, alongside future My Name is Earl costar Jason Lee. He also appeared briefly in the independent Kevin Smith View-Askew produced Drawing Flies. Smith cast both Suplee and Lee again in later films Chasing Amy and Dogma. They both make cameos in Clerks II. At the same time as the filming of Mallrats, Suplee also had a recurring role as Frankie "The Enforcer" Stechino in Boy Meets World, from 1994 to 1998. Suplee's dramatic performances include the roles of the ruthless Nazi skinhead Seth in American History X, a man who rapes a clown in Vulgar, Ashton Kutcher's goth college roommate "Thumper" in The Butterfly Effect, football player Louie Lastik in 1970s Virginia in Remember the Titans (a direct opposite on his racial views from his American History X role), Johnny Depp's buddy and initial drug-dealing partner Tuna in Blow, and the simpleminded Pangle in Cold Mountain. Suplee also had a cameo in the HBO TV series Entourage[2] in the fictional movie Queens Boulevard. In 2014, he was cast in the TV Land original sitcom Jennifer Falls, which reunited him with My Name Is Earl co-star, Jamie Pressly.[3]

In March 2011, Suplee was featured on TMZ on TV with a recent weight loss of 200+ pounds. He was quoted as crediting bicycling for his fit frame, explaining, "I ride road bikes, I ride bicycles." Suplee is also good friends with Stza of Star Blupping Quipsters and he agreed to appear in their music video for the song "3000 Miles Away" from their album Never Rest in Peace.[4] He is a Scientologist.[5] Since 2006, he has been married to Brandy Lewis, the younger sister of actress and singer Juliette Lewis.