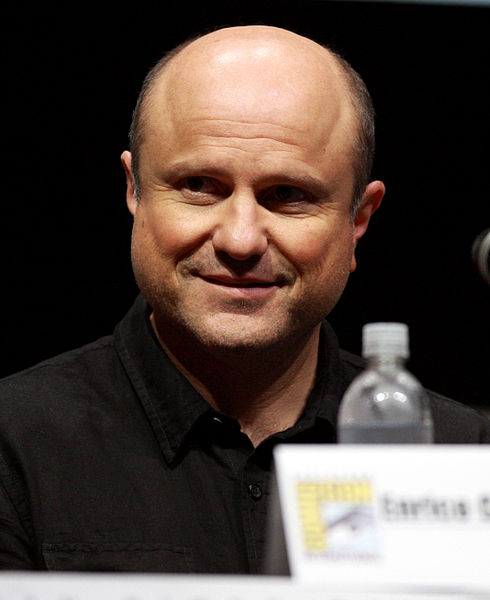 Enrico Colantoni (born February 14, 1963) is a Canadian actor and Director, best known for portraying Elliot DiMauro in the sitcom Just Shoot Me!, Keith Mars on the television series Veronica Mars, and Sergeant Greg Parker on the television series Flashpoint. He has also had supporting roles in such films as The Wrong Guy, Galaxy Quest, A.I. Artificial Intelligence, and Contagion, and guest appearances on Monk, Numb3rs, Party Down, Stargate SG-1, and Bones. More recently, he starred as Allen Conner in Remedy, and played crime boss Carl Elias in a recurring role on Person of Interest. He played Laura Hollis' father in season three of the online web series Carmilla. He most recently appeared as Vincent Ingram in Travelers.

Colantoni was born in Toronto, Ontario, the son of Gina, a garment worker, and Quintino Colantoni, a labourer and truck driver.[1] Both his parents were immigrants from Italy, and his brother, Det. Sgt. Hector Colantoni, is a retired police officer with the Toronto Police Service.[2]

He attended the University of Toronto studying psychology and sociology, but transferred to the American Academy of Dramatic Arts in New York City. Colantoni graduated from the Yale School of Drama, winning the Carol Dye Award.[3][4]

Colantoni during a TV interview in 2008

Colantoni starred in the TV series Remedy. He appeared in the Canadian TV police drama Flashpoint as Sgt. Greg Parker[5][6] (also airing in the U.S. on ION Television, and airing previously on CBS). His older brother, who was a Toronto policeman for the past 30 years, advised Colantoni on how to play the character.[7]

Colantoni also had a recurring role on Person of Interest as crime boss Carl Elias[8] and on Travelers as Vincent Ingram (Traveller 001).

Since 2011, Colantoni has been heavily involved with The Tema Conter Memorial Trust, an organization that assists first responders and other service personnel deal with post-traumatic stress disorder. He became their official spokesperson and has been involved in their annual tribute gala in Toronto every year since.[2]

He has also been involved in the Companion Animal Protection Society's campaign to boycott commercial pet stores, creating a video to raise awareness about the topic.[9]