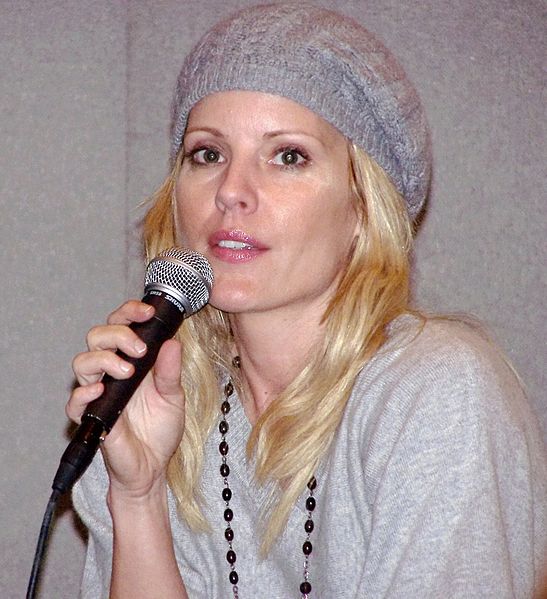 Caulfield was born in San Diego, California to Denise and Rodney Chukker, and is of Luxembourgian, German, English and Portuguese descent.[2] Caulfield's first notable role was as Brandon Walsh's girlfriend, Susan Keats, on Beverly Hills, 90210 in 1995. She appeared for thirty episodes in the series before departing in 1996. In 1998, Emma starred in her most famous role to date, as Anya Jenkins on the WB's hit show Buffy the Vampire Slayer. Originally, her character was only to appear for two episodes. However, audiences responded well to Anya, resulting in Buffy the Vampire Slayer creator Joss Whedon's decision to add her to the main cast. In 2003, Caulfield landed her first lead role in the horror movie Darkness Falls, which debuted at number one in the U.S. box office. In 2004, she appeared on Monk as Meredith Preminger in the episode "Mr. Monk and the Girl Who Cried Wolf".[citation needed]

Caulfield also produced and starred in the satire Bandwagon, playing a fictionalized version of herself. The movie was written and directed by close friend and fellow actress Karri Bowman. It screened at various festivals, although it has not been picked up for distribution. Several members of Buffy the Vampire Slayer cast and crew have cameos in the film. In 2010, Caulfield posted the original Bandwagon to YouTube along with a 12-part webseries sequel set several years later.[3]

Caulfield is also the co-author of the webcomic Contropussy,[4] which has been published by IDW Publishing.[5]

Caulfield starred in the independent feature film TiMER, released May 2009. She starred as the lead role in the FunnyOrDie short film, Don't Panic, It's Organic. In 2012, she received critical acclaim for her guest appearance on the ABC fantasy series Once Upon a Time, as the Blind Witch from the fairy tale Hansel & Gretel.[6] She guest starred in the second season of the Jane Espenson scripted romantic comedy web series, Husbands.[7]

In March 2016, Caulfield confirmed she was expecting her first child with Mark Leslie Ford, which was later confirmed to be a girl.[9] On July 10, 2016, she gave birth to a daughter, Knightley Lake Ford.

In November 2017 Caulfield changed her Twitter name to ‘Emma Caulfield Ford’ and her bio stated ‘Wife’ confirming she had married.

Report a problem
Write to Emma Caulfield at FanPal • 2021