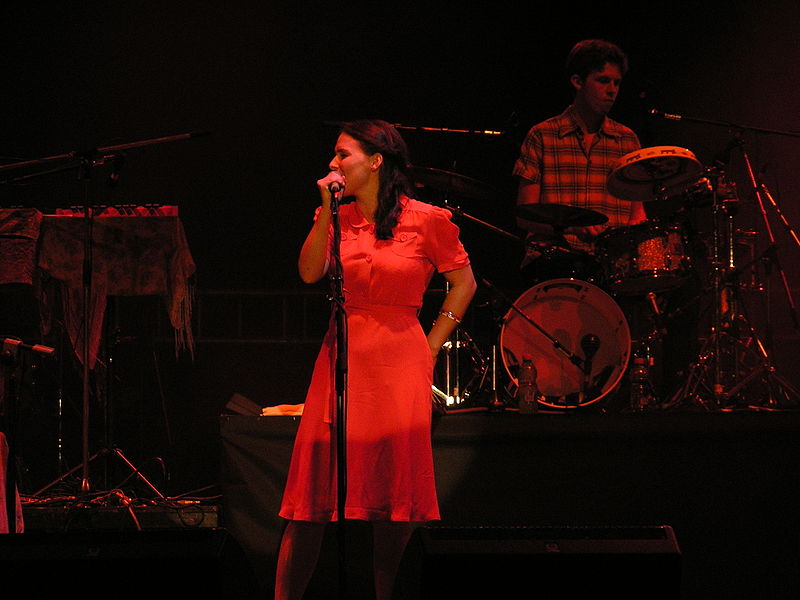 needs additional citations for verification. Please help by adding reliable sources. Contentious material about living persons that is unsourced or poorly sourced must be removed immediately, especially if potentially libelous or harmful.

Emilíana Torrini (born 16 May 1977), is an Icelandic singer and songwriter. She is best known for her 1999 album Love in the Time of Science, her performance of "Gollum's Song" for the 2002 film The Lord of the Rings: The Two Towers, and her 2009 single "Jungle Drum".

Emilíana was born in Iceland, where she grew up in Kópavogur. At the age of seven, she joined a choir as a soprano, until she went to opera school at the age of 15. Her father, Salvatore Torrini, is Italian (from Naples), while her mother, Anna Stella Snorradóttir, is Icelandic. Because of name regulations in Iceland at the time, her father had to change his name to "Davíð Eiríksson", which also meant that Emilíana had to use the surname after her father in the traditional way. A few years later, the name regulations were changed,[1] and she was again allowed to use her original surname.[2][3] After being discovered singing in a restaurant in Iceland by Derek Birkett, the owner of One Little Indian Records, Emilíana was asked to visit London to record a song. She decided to stay in London.[citation needed]
Read more...

Emilíana has been a member of Icelandic artist group GusGus, and contributed vocals to several songs on their debut Polydistortion (1997), most notably "Why". She co-wrote Kylie Minogue's "Slow" and "Someday" from her Body Language album in 2003. She also produced "Slow" along with Dan Carey; the two were nominated for a Best Dance Recording Grammy Award in 2005 for their work on the track. Prior to these, Emilíana contributed vocals to songs on Thievery Corporation's 2002 album The Richest Man in Babylon and was credited with composing the songs "Resolution", "Until The Morning", and "Heaven's Gonna Burn Your Eyes" from that album. Also in 2002, she sang vocals on Paul Oakenfold's song "Hold Your Hand" taken from his Bunkka album.[4]

On 3 June 2013,[5] Emilíana revealed to fans that she would release her new album on 9 September 2013 in the UK. The album was released in Ireland,[6] Iceland, Germany, Austria, and Switzerland on 6 September 2013. The new LP is titled Tookah. Emilíana will play a number of music festivals in the lead up to the album's release in Russia and Budapest.

On 29 July 2013, Emilíana revealed the radio edition of a new track "Speed of Dark".[7] Three additional tracks were also revealed allowing fans to stream[8] these include "Autumn Sun", "Animal Games", and "Tookah".