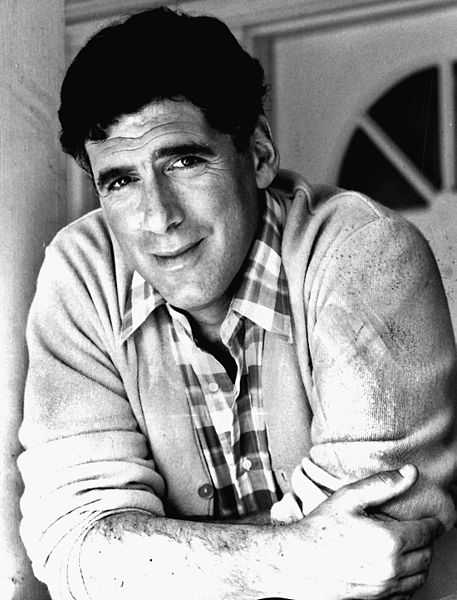 Elliott Gould (born Elliott Goldstein; August 29, 1938) is an American actor. He began acting in Hollywood films during the 1960s. In addition to his performance in the comedy Bob & Carol & Ted & Alice (1969), for which he received a nomination for the Academy Award for Best Supporting Actor, Gould is perhaps best known for his significant leading roles in Robert Altman films, starring in M*A*S*H (1970), The Long Goodbye (1973), and California Split (1974).

Gould was born in Brooklyn, New York. His mother, Lucille (née Raver), sold artificial flowers to beauty shops, and his father, Bernard Goldstein, worked in the garment business as a textiles buyer.[1][2] His family was Jewish, and his grandparents were emigrants from Ukraine, Poland, and Russia.[3][4][5] He graduated from the Professional Children's School.
Read more...

Gould began acting in the Broadway theatre in the late 1950s, making his Broadway debut in Rumple (1957).[citation needed] He had a number of small parts in the successful musicals Irma La Douce (1960-61) and Say, Darling. In 1962 he had a starring role in I Can Get It for You Wholesale, where he met future wife Barbra Streisand, which ran for 300 performances. Following that he landed prominent roles in 1965's Drat! The Cat! and, in 1967, Little Murders.[citation needed]

Following his film debut in 1964's Quick, Let's Get Married he appeared in his first notable screen role in William Friedkin's The Night They Raided Minsky's.[citation needed] He gained recognition the next year, playing one of the four leads in Bob & Carol & Ted & Alice.[citation needed] He earned a nomination for the Academy Award for Best Supporting Actor for his performance. The success of the film was followed by his lead role as Trapper John in Robert Altman's similarly high-grossing satirical 1970 film M*A*S*H.[citation needed]

His third film as star was 1970's Getting Straight, where he played a Vietnam veteran who gets involved in student protests. Not as popular as the other two movies, it was nonetheless still considered a success and cemented Gould's place as one of the biggest film stars in the country. He appeared on the cover of Time magazine in 1970, where he was described as a "star for an uptight age".[6]

The same year Gould went into comedy with Move, co-starring alongside Paula Prentiss, which was also his first critical and commercial flop. This began a run of unsuccessful projects including I Love My Wife with Brenda Vaccaro, for which he had turned down a reunion with Altman on McCabe and Mrs Miller to do.[7]

Following his starring role in the stage version, Gould bought the rights for Little Murders with an eye to producing and reprising his lead role in a film adaptation. Directed by Alan Arkin, it was another commercial disappointment, but has since earned a cult following.[citation needed] He continued developing projects in a behind-the-scenes capacity, including a failed adaptation of the novel A Glimpse of Tiger. Filming was abandoned after four days of shooting, following rumours that Gould was addicted to drugs, something the actor has strenuously denied.[8] Following the scandal, as well as his lead role in Ingmar Bergman's poorly-received English-language debut The Touch in 1971, lead to a period of unemployment for the actor.[citation needed]

Gould and his producing partner helped make Everything You Always Wanted to Know About Sex* (*But Were Afraid to Ask), later selling it to United Artists. He was reportedly offered the lead role in Pocket Money, but turned it down because he did not want to work with director Stuart Rosenberg again after his experience making Move.[9] His comeback came in 1973's The Long Goodbye,[10] Robert Altman's adaptation of Raymond Chandler's novel. Gould starred as detective Philip Marlowe, a role which had previously been played by such actors as Humphrey Bogart and Dick Powell in the fifties. By comparison, Gould's performance was more naturalistic, with the screenplay by Leigh Brackett (who had previously adapted The Big Sleep for Howard Hawks and Bogart) updating the setting to contemporary Los Angeles. Although not a major hit, the film was later regarded as one of Gould's best.[citation needed]

He made a brief cameo appearance as himself in the Altman film Nashville in 1975, and had a similarly fleeting role in 1976's Mean Johnny Barrows. Returning to comedy, he played the lead first in Whiffs and then opposite Diane Keaton in I Will, I Will... for Now. He and Keaton also starred in Harry and Walter Go to New York with James Caan and Michael Caine. He joined the ensemble cast of A Bridge Too Far in 1977 and played the lead in boxing kangaroo comedy Matilda the year after. During this period Gould hosted Saturday Night Live six times, his final time being the first episode of the disastrous Jean Doumanian season (season 6) in November 1980, where he was shocked to find that the original cast and producer had left and a new cast and producer had taken their place. Although he never hosted again, he did appear in a season 16 (1990-1991) episode hosted by Tom Hanks where Hanks is welcomed into the Five-Timers club, a society for celebrities who have hosted the show five times.[citation needed]

Gould returned to mainstream success with Capricorn One, directed by Peter Hyams. The film was financed by producer Lew Grade, who later arranged Gould's guest appearances in The Muppets and its movie spin-offs. He went to Canada to star in the highly regarded thriller The Silent Partner in 1978, before working again with on Grade Escape to Athena (1978). In England he appeared in the much-maligned remake of The Lady Vanishes. Another flop came in the form of 1980's Falling in Love Again with Susannah York. He followed it up with two films for Disney, The Last Flight of Noah's Ark and The Devil and Max Devlin. He made his return to Broadway with The Guys in the Truck in 1983, another critical and commercial failure.[citation needed]

In 1984 he made the transition to television acting with the sitcom called E/R in 1984-1985, followed by roles in the TV movies was in Conspiracy: The Trial of the Chicago 8 (1987) and Frog (1988), and the Australian miniseries Act of Betrayal.[citation needed] In the same period he had the lead in Inside Out and went to Italy for My First Forty Years. After supporting Whoopi Goldberg in The Telephone in 1988 he had the lead in Dangerous Love.[citation needed]

Over time Gould became more of a supporting actor. In 1989 alone he could be seen in smaller roles in Night Visitor, The Big Picture, Massacre Play and The Lemon Sisters, with a rare return to a lead role in 1991's Dead Men Don't Die. He received critical praise for his performance as an aging mobster in Warren Beatty's 1991 film Bugsy and once again performed as cameo as "himself" in Robert Altman's The Player. He returned to Australia for Exchange Lifeguards.[citation needed]

He became known to a new generation of viewers thanks to a semi-recurring role as Jack Geller, the father of Courteney Cox and David Schwimmer's characters Monica and Ross on the hit NBC sitcom Friends. Around the same time he took a more dramatic role, as the boyfriend of the protagonist's mother, in the controversial drama American History X. He co-starred in Steven Soderbergh's Ocean's Eleven, a 2001 remake of the classic Rat Pack caper film. He reprised the role for its sequels, Ocean's Twelve in 2004 and Ocean's Thirteen in 2007. He had another supporting turn in Soderbergh's Contagion, followed by Ruby Sparks in 2012.[citation needed]

In 2005 he guest starred in a feature-length episode of the UK TV series Poirot,[11] subsequently appearing in similar one-off or small roles in television series including Law & Order and CSI, and a more significant role in Showtime's Ray Donovan from 2013 to 2016. He has loaned his voice to several animated series, including the Disney Channel animated series Kim Possible, and the 2006 video game Scarface: The World Is Yours.[citation needed]

Gould has said that he has a "very deep Jewish identity".[12] He has been married three times, twice to the same woman:

Gould currently serves on the Screen Actors Guild National Board of Directors. He became one of the many celebrity producers of The 1 Second Film collaboration in June 2009 and is known for his association to charitable causes such as Save Ellis Island.[citation needed]