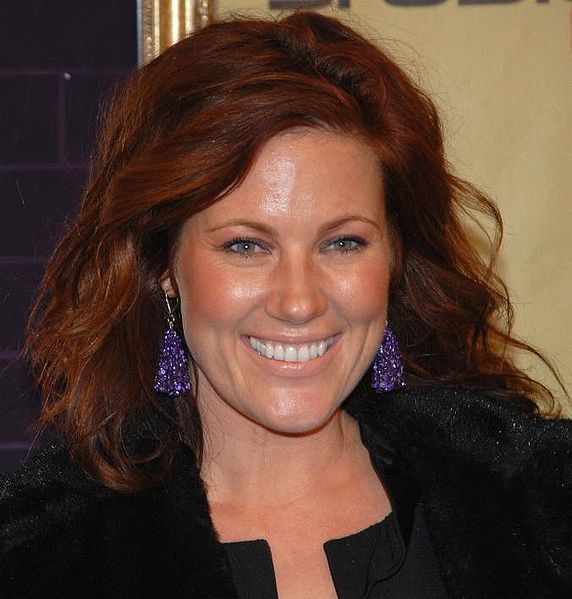 Elisa Donovan (born Lisa Adaline Donovan; February 3, 1971) is an American actress, writer, and producer. She is most recognized as the character Amber from the 1995 film Clueless, in which she starred opposite Alicia Silverstone. She would reprise the role for the 1996-99 TV series of the same name, with Rachel Blanchard taking over Silverstone's role. She also starred in six films in the acclaimed "The Dog Who Saved" saga.

Elisa was born Lisa Adaline Donovan in Poughkeepsie, New York, the daughter of Charlotte and Jack Donovan, who was a business executive.[1] She later changed her first name to "Elisa" when she had to join the stage union, Actor's Equity, because there was already an actress in that union named Lisa Donovan.[citation needed] She grew up on Long Island where she was an accomplished gymnast, dancer and equestrian. She began studying acting at age 12. She attended The New School, in New York City, where she studied writing, literature and acting. She moved to Los Angeles in 1994 and got her first sitcom role as Tanya on Blossom.[citation needed]
Read more...

Donovan's breakthrough role was in the 1995 film Clueless as Amber, Cher's nemesis. Donovan also reprised her role in the television series of the same name. Other notable roles included the film A Night at the Roxbury, Beverly Hills, 90210 as Ginger LaMonica and playing Morgan Cavanaugh on the television sitcom Sabrina, the Teenage Witch. She also played Sharona on Disney Channel's Sonny with a Chance, and has appeared in the films Complacent, The Dog Who Saved Christmas, and its sequel The Dog Who Saved the Holidays. Donovan starred in the web series, The Lake on TheWB.com.[2] Additionally, Donovan played Gayle, an insurance agent in the small town of Maple Grove, in the web series In Gayle We Trust on NBC.com.[3]

Donovan had a role in the film A Golden Christmas, where she played Anna, the sister of the main character and she played the lead role in "The 12 Wishes of Christmas."

She was also featured in 'N Sync's 1999 music video for "Thinking of You (I Drive Myself Crazy)" as the love interest for Joey Fatone.

Donovan has been married to her husband Charlie Bigelow since October 20, 2012. They have a daughter named Scarlett Avery Bigelow (born May 8, 2012).