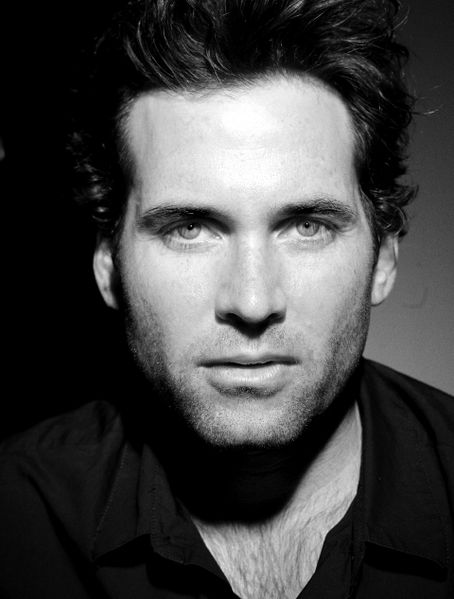 He played Pvt. David Kenyon Webster in the miniseries Band of Brothers and appeared in the films Fight Club, Center Stage, Mindhunters, and Sexual Life. He had a recurring role on the USA Network TV series Covert Affairs and played August (Pinocchio) in the ABC TV series Once Upon a Time. He also had a recurring role as Ray, a psychopathic killer in the CBS series Stalker.

Bailey struggled in school until he found his calling in his high school drama department. He was soon performing in each school play and went on to study formally at the American Academy of Dramatic Arts in New York City. He briefly attended Santa Barbara City College. He appeared in Almost Famous, portraying Jann Wenner. He was seen in Center Stage,[2] Fight Club,[3] Catherine Jelski's The Young Unknowns, The Scoundrel's Wife,[4] Seven and a Match,[citation needed] Renny Harlin's Mindhunters for Miramax,[5] and the independent feature Sexual Life for director Ken Kwapis.[6]

His television appearances include Dawson's Creek, HBO's highly acclaimed series, Band of Brothers produced by Tom Hanks and Steven Spielberg,[7] and the HBO original film And Starring Pancho Villa as Himself opposite Antonio Banderas.[8]

On stage, Bailey appeared in Equus at the Pasadena Playhouse, as well as Spoon River Anthology, Look Homeward, Angel, and Dinner at Eight at the American Academy of Dramatic Arts, Desire and I at the Access Theatre Santa Barbara, and Icarus' Mother at the SBCC Studio Theatre.[citation needed]

In 2007, Bailey was awarded a Daytime Emmy for his performance in Life of the Party.[9][10] Bailey has had recurring guest-starring roles on the TV series Dawson's Creek and ER.[citation needed]

In 2010, Bailey had a recurring role in USA Network’s Covert Affairs as Ben Mercer, Annie's ex-boyfriend, who was being targeted by the CIA, before returning to the Agency near the end of Season 1.[11] In 2012, Bailey started recurring on Once Upon a Time as August Booth.[12]

On May 1, 2013, Bailey guest starred in "Traumatic Wound" on Law & Order: Special Victims Unit as Frank Patterson, an Iraq war veteran with PTSD who becomes a key witness in an investigation of a sexual assault in a nightclub.[13]

During a trip to Peru, Bailey saw a group of children travel 24 miles on foot to school. This led to the creation of Imagine This! TV, a reality TV show chronicling one week philanthropic projects for people all around the world. The network uses an open-source collaboration platform that encourages input from its viewers. Bailey is currently working on getting broadcast distribution for the TV show.[citation needed]