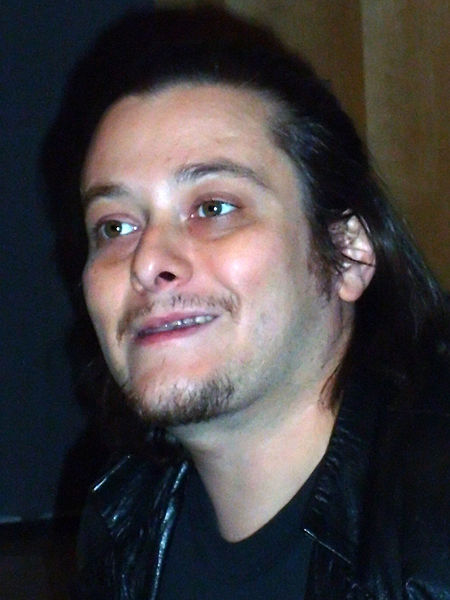 Edward Walter Furlong (born August 2, 1977) is an American actor and musician. Furlong won Saturn and MTV Movie Awards for his breakthrough performance as John Connor in Terminator 2: Judgment Day (1991). The following year he gave an Independent Spirit Award-nominated turn opposite Jeff Bridges in American Heart, and earned a second Saturn Award nomination for his work in Pet Sematary Two. He won a Young Artist Award for his performance alongside Kathy Bates in A Home of Our Own (1993), and shared a further ensemble nomination with the cast of the film.

Furlong received acclaim for his starring roles in the 1998 motion pictures Pecker co-starring Christina Ricci, and American History X, co-starring Edward Norton.[1] Other noteworthy titles from his early career include Little Odessa (1994), Brainscan (1994), The Grass Harp (1995), and Before and After (1996), also starring Meryl Streep and Liam Neeson.[1] He reprised his role as John Connor in the international Universal Studios parks attraction T2 3-D: Battle Across Time (1996). Furlong briefly pursued a singing career, recording a 1992 album, Hold on Tight, which was only released in Japan.[1]

Furlong's last significant roles were in the comedy Detroit Rock City (1999) and the crime drama Animal Factory (2000). His career subsequently declined due to multiple arrests and court cases, as well as chronic substance abuse and alcoholism.[2]

Edward Furlong was born August 2, 1977,[3] in Glendale, California, the son of Eleanor Torres (née Tafoya), a youth-center worker. Furlong is of Mexican descent on his mother's side, and has also described himself as "half-Russian".[4][5][6][7] His mother's sister, Nancy Tafoya, and their half-brother Sean Furlong obtained custody of him for several years, including 1990-91, when he began his acting career. Initially, the two served as Furlong's managers.[4][5][6][7]
Read more...

In 1991, Furlong began his film career as John Connor in Terminator 2: Judgment Day, a role that earned him an MTV Movie Award for Best Breakthrough Role and a Saturn Award for best young actor. He was discovered for the part by casting director Mali Finn while visiting the Pasadena Boys and Girls Club in September 1990.

He followed this role with a string of moderately successful high-profile films and indies, sharing the screen with Meryl Streep and Liam Neeson in Before and After; Tim Roth, Maximilian Schell, and Vanessa Redgrave in Little Odessa; Jeff Bridges in American Heart; and Anthony Edwards and Clancy Brown in Pet Sematary Two.

In 1993, Furlong was featured in Aerosmith's music video for "Livin' on the Edge". He played the lead role of Michael Brower, a horror and videogame-obsessed teen in the 1994 film Brainscan. In 1995, he starred in the film adaptation of Truman Capote's The Grass Harp.

In 1998, he starred in American History X alongside Edward Norton and appeared in his first comedy role in Pecker, directed by John Waters. Of his title role in Pecker, Furlong stated, "It's true most of the characters that I've played so far are kind of like suicidal. Really dark roles, which I like. But I wanted to do something different and John gave me a chance to do that."[8]

In 1998, he starred in the film Detroit Rock City. During filming he met Natasha Lyonne, whom he then dated. Furlong played a young convict in Steve Buscemi's film Animal Factory, filmed in 1999.

Furlong's career and stardom declined considerably after 2000, with most of his subsequent films being released straight to DVD.[9] In 2001 he took a role in I Cavalieri che fecero l'impresa aka The Knights of the Quest, a little-seen film by Italian filmmaker Pupi Avati.

Furlong was expected to play John Connor again in Terminator 3: Rise of the Machines. However, Nick Stahl was cast just before filming began in April 2002.[10]

He appeared in a music video for Metallica's "The Unnamed Feeling", released in February 2004.[11]

He starred as Jimmy in the low budget independent film Jimmy & Judy in 2004, during which time he met Rachael Bella. The two became romantically involved and later married.[12]

In 2003, Furlong played the lead in the fourth film in The Crow series, The Crow: Wicked Prayer, alongside David Boreanaz and Tara Reid. The film was planned for a theatrical release, but upon release was widely panned by critics and audiences and after one week in limited theatres, it was released to DVD in 2005.

In 2006 and again in 2010, Furlong appeared in five episodes of the television program CSI: NY as character Shane Casey.

Furlong appeared in the 2009 remake of the 1988 horror classic Night of the Demons, shot in New Orleans. The film was released straight to DVD.

Furlong appeared in two scenes of the 2011 Seth Rogen film, The Green Hornet. Next he starred in This Is Not a Movie, an English-language Mexican film written and directed by Olallo Rubio and co-starring Peter Coyote and Edi Gathegi. The film was scored by Guns N' Roses guitarist Slash. It was released in Germany in 2010 and Mexico in January 2011. Most recently, he featured in the crowd-funded pilot, Star Trek: Renegades as the character "Fixer".

Furlong's 1991 facial likeness from Terminator 2: Judgment Day will be used in flashback scenes through the use of CGI in Terminator in 2019. Jude Collie is his CGI stand-in as John Connor.

In October 1992, Furlong released an album in Japan called Hold on Tight, which included a cover of the Doors song "People Are Strange".[13]

Starting when he was 13 and she 26, Edward Furlong and his former tutor, Jacqueline Domac, began a relationship that lasted for several years. When California's statutory rape law changed in 1994 to allow the prosecution of adult women who have sex with minors, Furlong's guardian Sean Furlong filed a complaint against Domac, but was unsuccessful in having her prosecuted.[14] In May 1999, Domac sued Furlong for violence.[15]

Furlong married Rachael Bella on April 19, 2006. The couple's son was born in September 2006.[12] On July 8, 2009, Rachael Bella filed for divorce citing irreconcilable differences.[16] She alleged in court documents that their baby son tested positive for cocaine, which led a judge to rule Furlong's visits had to be supervised.[17]

Furlong has battled alcoholism and drug addiction, which derailed his career. He went into rehab in October 2000.[18]

Furlong said in December 2006 that from 22 to 26 he was "on and off" hard drugs, adding that, "I was a heroin and cocaine addict. It was really scary." In the same interview, he said, "I don't even think about (partying) anymore. It seems lonely now: running and clubbing and doing coke. I have nightmares about doing hard drugs. I'll wake up and I'm like, 'Did I relapse?'"[19]

Furlong was arrested again in May 2013 and avoided a jail sentence after agreeing to go to rehab for drug addiction for 90 days, and to undergo 52 weeks of domestic violence counselling. He had already served 61 days in jail.[21]