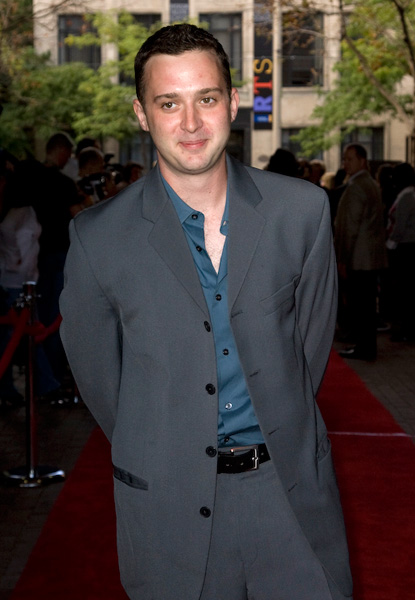 Eddie Kaye Thomas (born October 31, 1980) is an actor who rose to prominence as Paul Finch in the American Pie film series. He is also known for his roles as Andy Rosenberg in the Harold & Kumar series and as Jeff Woodcock in 'Til Death. He also starred in the CBS show Scorpion as Dr. Tobias "Toby" Curtis.

Thomas began his acting career as a stage actor at age seven, appearing in Four Baboons Adoring the Sun in 1992 and The Diary of Anne Frank, opposite Natalie Portman in 1997. He graduated from New York's Professional Children's High School already a veteran of the Broadway stage.

Thomas made his onscreen debut in an episode of Are You Afraid of the Dark? about a possessed camera that destroys everything it shoots, entitled The Tale of the Curious Camera. He also appeared on Law & Order twice in 1996, playing different characters each time.

From 2001-2002, Thomas starred in the television series Off Centre with John Cho. He returned to the small screen in the sitcom 'Til Death for the first two seasons (2006 and 2007). His character was removed from the show for budget reasons but still appeared in season 3. Due to the writers' strike a few season 2 episodes were shown starting Wednesday, October 8, 2008. He has also appeared in the CSI: Crime Scene Investigation episode "No More Bets".

Thomas appeared in commercials for Blockbuster Video, Snickers and Nike. He also appeared in 311's music video for "Flowing".

He has continued to do stage work, appearing off Broadway in 2006 and guest voiced on American Dad! in 2009.

Thomas was a member of the principal cast of the TV series Scorpion on CBS until its cancellation in 2018.

Thomas was born to a Jewish family[1][2] in Staten Island, New York. He grew up opposite a train station in the neighborhood of New Dorp.