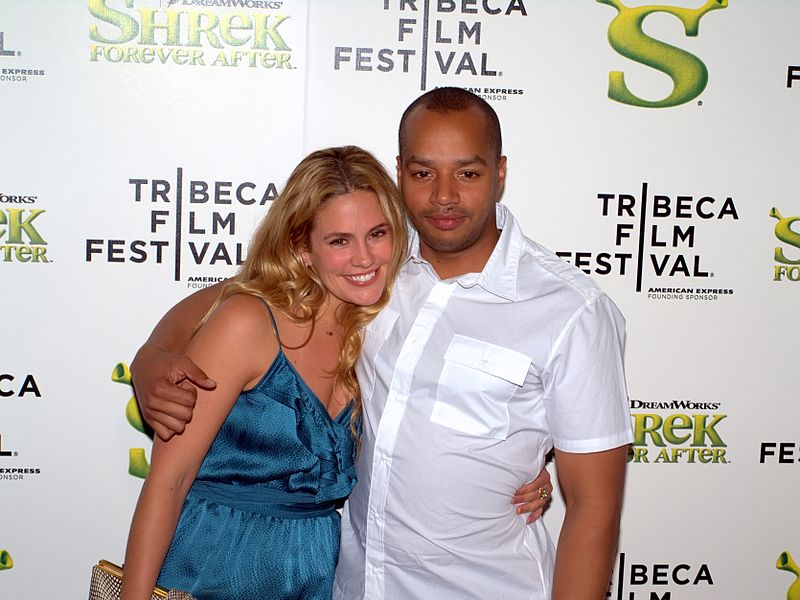 Faison was born in Harlem in New York City, the son of Shirley, a talent agent, and Donald Faison, a building manager.[2] He is the elder brother of actor Olamide Faison. His middle name stems from the words "ade" (meaning "crown")[3] and "osun" (meaning "river of life”) in the west African language of Yoruba. His parents were active with the National Black Theater in Harlem. He attended the Professional Children's School in Manhattan with his best friend, actor Dash Mihok.[4]
Read more...

Before his debuts on Scrubs and Clueless, Faison appeared in a 1991 commercial for Folgers coffee at the age of 17, in which he played the younger brother of a soldier returning from war. The following year, he appeared with Malik Yoba in the ABC News special Prejudice: Answering Children's Questions, hosted by Peter Jennings. He also had a small role in Sugar Hill starring Wesley Snipes. He then became famous for his role as Murray Lawrence Duvall in the 1995 film Clueless and the subsequent television series, which ran from 1996 to 1999. In 1995, he also appeared in Waiting to Exhale as Tarik, the son of Loretta Devine's character, Gloria. He was featured in New Jersey Drive. He also starred in Big Fat Liar alongside Frankie Muniz, Paul Giamatti, and Amanda Bynes. He had a recurring role as Tracy on Felicity, appeared in Remember the Titans as the running-back turned corner-back Petey Jones, and provided voice work for various characters in the MTV animated series Clone High. He had minor roles in the sitcoms Sister, Sister and Sabrina, the Teenage Witch and in the film Josie and the Pussycats. In 2005, Faison produced one episode of MTV's Punk'd involving his Scrubs co-star Zach Braff. He also appeared in the music videos for Brandy's "Sittin' Up in My Room," Fall Out Boy's cover of Michael Jackson's "Beat It," and Gavin Degraw's "Chariot."

As of March 2011, Faison appeared in commercials for The Sims Medieval.[7] In 2012, he made a cameo appearance in the movie Pitch Perfect.[8][9] In 2013, Faison hosted the short-lived TBS comedy sketch show Who Gets the Last Laugh; as of 2016, he has hosted GSN game show Winsanity.[citation needed]

Faison started dating Lisa Askey in 1997 and was married to Askey from 2001 to 2005.[10] After six years of dating, Faison married his second wife, CaCee Cobb, on December 15, 2012.[11] The wedding was held at the home of Faison's former Scrubs co-star and best friend Zach Braff, who also served as a groomsman. Serving as a bridesmaid was singer Jessica Simpson, for whom Cobb formerly worked as a personal assistant.[12]

A dance that Faison performs during an episode of Scrubs is featured in the video game Fortnite.[citation needed]