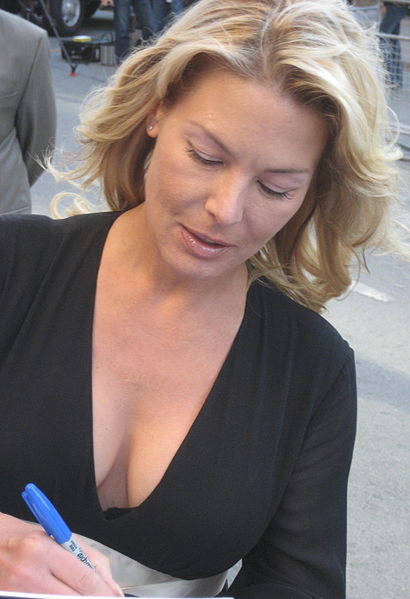 Deborah Kara Unger was born in Vancouver, British Columbia, Canada to a nuclear disposal specialist mother and a gynaecologist father.[4] She was the first Canadian to be accepted into Australia's National Institute of Dramatic Art.[5]
Read more...

Upon graduation Unger found steady work in Australian films and television series, including Bangkok Hilton with Nicole Kidman. Following her return to North America in the early 1990s she appeared in David Lynch's 1993 HBO mini-series Hotel Room, and a year later appeared in Highlander III: The Sorcerer opposite Christopher Lambert.[2][5]

Unger has appeared in many independent films in the early 2000s, such as Signs and Wonders, Ten Tiny Love Stories, Fear X, Thirteen, Stander, Hollywood North, Emile, Paranoia 1.0 and A Love Song for Bobby Long. She played a leading role opposite Sophia Loren and Mira Sorvino in the 2002 independent movie Between Strangers, about three women who confront their pasts which changes their futures, for which she was nominated on Genie Award for Best Performance by an Actress in a Leading Role.[6]

From 2005 to 2010, Unger appeared in White Noise, Things That Hang from Trees, The Alibi, Silent Hill, 88 Minutes, Walled In, Messages Deleted and The Way. She also appeared in the music video for "Jesus of Suburbia" by American rock band Green Day. In 2011 she took a starring role in the television series Combat Hospital, and in 2012 reprised her role as Dahlia Gillespie in the horror film sequel Silent Hill: Revelation.[2]