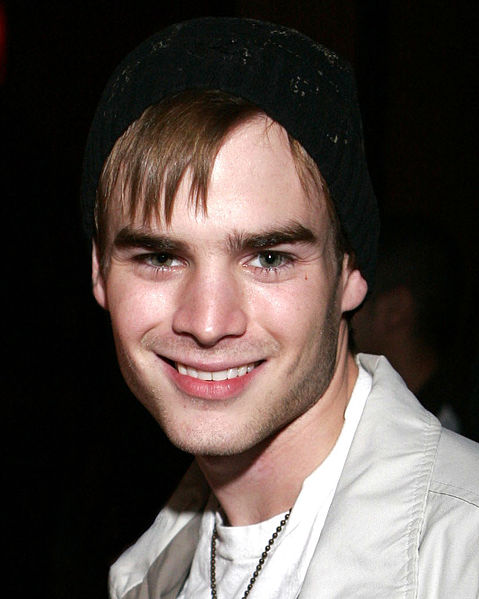 David Lee Gallagher (born February 9, 1985) is an American actor. Beginning a prolific career as a child actor and model at the age of two, Gallagher is a five-time Young Artist Award nominee and Teen Choice Award winner, best known for his role as Simon Camden on the long-running television series 7th Heaven, as well as for his feature film roles; as Mikey Ubriacco in Look Who's Talking Now, as Kevin Harper in Angels in the Endzone and as Richie Rich in Richie Rich's Christmas Wish. Gallagher is also well known for the voice of Riku in the Kingdom Hearts video game series.

Gallagher was born in College Point, New York,[1] to Elena Gallagher[2] (née Lopez) and Darren James Gallagher.[3] His parents separated when he was a baby and his mother remarried Vincent Casey.[2][4] Gallagher is of Cuban descent on his mother's side and Irish descent on his father's side.[4] He has four younger half-siblings, Michelle (b. 1988), Kelly (b. 1991), Kyle (b. 1995) and Killian (b. 1997).[5] Killian was diagnosed with autism and as a result David is an active supporter and spokesman for the organization Cure Autism Now.[4]

He graduated from Chaminade College Preparatory School (California) in 2003[6] and enrolled at the University of Southern California, where he majored in film and television studies, graduating in May 2007.[6]

Gallagher began acting at the age of 2, first modeling for print advertorials in and around New York City which eventually led to commercial work as an actor. He appeared in many television commercials as a toddler for products such as Tyson Foods and Fisher Price. At age 8 he briefly had a recurring role on the soap opera Loving.

His film debut came in 1993 when he won the role of Mikey in the sequel Look Who's Talking Now, playing the son of John Travolta and Kirstie Alley. In 1995 he played in a production of A Christmas Carol on Broadway. He also starred in several TV movies, including Bermuda Triangle.

In 1996, he reunited with John Travolta for the movie Phenomenon. Later that year, he was cast as Simon Camden in the family drama series 7th Heaven. 7th Heaven remained on the air for 11 seasons, making it the longest-running family drama in television history,[7] and also became the highest-rated show on The WB Network.[8]

He filmed a few movies during hiatuses from filming, including the direct-to-video Richie Rich's Christmas Wish and Little Secrets with Evan Rachel Wood. In 2003, during 7th Heaven 's 8th season, David left the show in order to attend college full-time. However, he returned to the series part-time during season 9 and for what was thought to be the 10th and final season. In late 2006 The CW unexpectedly picked up the show for an 11th season. David opted not to renew his contract.

In 2005 David starred in and co-produced a low-budget adaptation of The Picture of Dorian Gray.

His first role after leaving 7th Heaven was a guest stint on Numb3rs, playing serial killer Buck Winters in September 2006, a role which he reprised in January 2009. He also appeared in the season 6 opener of CSI: Miami, playing another suspected killer. He also starred in the horror sequel Boogeyman 2, which went straight to DVD. In July 2008, Gallagher guest-starred on the TNT drama Saving Grace as Paul Shapiro, a troubled young man who was the suspect in a murder investigation. His next guest appearance was in an October 2008 episode of the FOX crime drama Bones as Ryan Stephenson, the son of a man who later became a woman. Then in November 2008 he appeared in an episode of the CBS show Without a Trace as a suspect named Jeff Ellis who was thought to be responsible for the disappearance of a local nurse. He's also notable for having voiced Riku in the Kingdom Hearts video game franchise and for portraying Seiji Amasawa in the English dub version of Studio Ghibli's Whisper of the Heart. He appeared on the second-to-last episode of the series The Deep End, where he played a man charged with second-degree murder although he is innocent.

In March 2012, David was announced to star with Jake Weber[9][10] in Scared of the Dark directed by Takashi Shimizu.