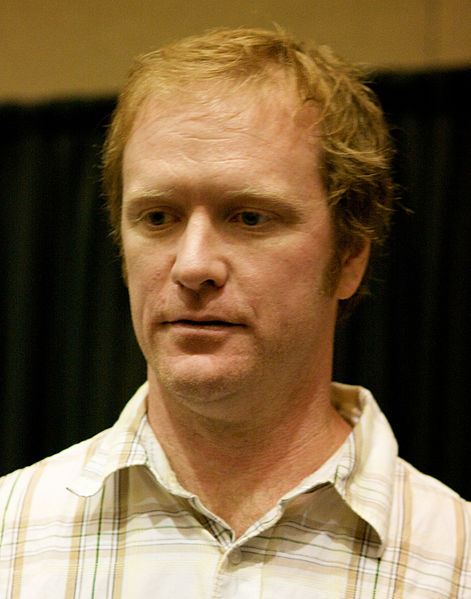 Dave Willis (born May 1, 1970) is an American voice actor, writer, producer and musician. He is best known as the co-creator of the Adult Swim animated series Aqua Teen Hunger Force and Squidbillies, the former of which he also voices the characters of Meatwad and Carl Brutananadilewski.[1] He is also known for voicing Barry Dylan in the FXX series Archer and Leto Otel in Ballmastrz: 9009.

Willis has worked on various Adult Swim shows that are created primarily by Williams Street, an animation-centered, Atlanta-based production division of Cartoon Network. He first got hired for Williams Street (then Ghost Planet Industries) as a writer for Cartoon Planet in 1995 and then as a writer for Space Ghost Coast to Coast (SGC2C for short) soon after. In early 2000, he helped write and produce the two Brak Presents the Brak Show Starring Brak specials.

Willis was working on Space Ghost Coast to Coast where he first met Matt Maiellaro, with whom Willis would later create many independent short films and eventually create the popular Adult Swim cartoon Aqua Teen Hunger Force. Aqua Teen Hunger Force first premiered unannounced in the early hours of December 30, 2000 and later officially debuted on Adult Swim in the Fall of 2001. In 2005, he co-created the show Squidbillies. His works mostly fall into the genre of surreal humour.

In 2010, Willis created Cheyenne Cinnamon and the Fantabulous Unicorn of Sugar Town Candy Fudge, a new television pilot for Adult Swim. The pilot aired on March 29, 2010, and was not picked up for a full series. In 2010, Willis co-wrote "New Kidney in Town", an episode of Family Guy.

Willis was born in Wichita Falls, Texas and was raised mostly in Conyers, Georgia. He graduated from Wake Forest University and was station manager at Wake Radio. He resides in Atlanta with his wife and two children.