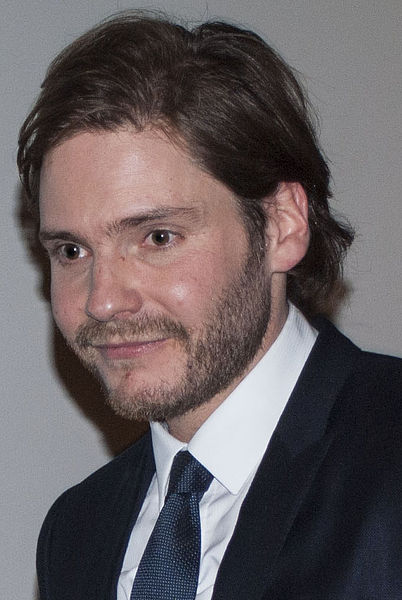 Daniel César Martín Brühl González (born 16 June 1978) is a German-Spanish actor. He began his work at a young age in a German soap opera called Verbotene Liebe in 1995. In 2003, his starring role in the German film Good Bye, Lenin! received wider recognition and critical acclaim which garnered him the European Film Award for Best Actor and the German Film Award for Best Actor. Brühl has worked in both European and American productions in several different languages.

He was introduced to mainstream U.S. audiences with his breakout role of Fredrick Zoller, a German war hero in Quentin Tarantino's Inglourious Basterds, and appeared in such films as The Bourne Ultimatum, The Fifth Estate and A Most Wanted Man. Brühl received widespread critical acclaim and further recognition for his portrayal of former Formula 1 driver Niki Lauda in the Ron Howard biographical film Rush. In 2016, Brühl made his Marvel Cinematic Universe debut in Captain America: Civil War, portraying Helmut Zemo.

Brühl was born in Barcelona, Spain.[1] His father was German Brazilian TV director Hanno Brühl, who was born in São Paulo, Brazil.[2][3] His Spanish mother was Marisa González Domingo, a Catalan teacher. He has a brother and a sister, Oliver and Miriam. Shortly after his birth, his family moved to Cologne, Germany, where he grew up and attended the Dreikönigsgymnasium. A fluent English-speaker, he grew up speaking Catalan,[4] German, Spanish, French, and Portuguese.[5]
Read more...

Brühl began acting at a young age, with a debut role in 1995 as street kid Benji in the soap opera Verbotene Liebe (Forbidden Love). His international breakthrough role came in 2003 as Alex Kerner in the German Golden Globe-nominated tragicomedy Good Bye, Lenin!, which reached an estimated six million cinema-goers worldwide. In 2003, Brühl won the European Film Academy award trophies for Best Actor (Critics/Audience Awards) for the role. Brühl made his English-speaking film debut in 2004's Ladies in Lavender, starring alongside English actresses Judi Dench and Maggie Smith. The same year, he won the People's Choice trophy for Best Actor for the film Love in Thoughts while at the same time, he was nominated for Best Actor (critics) for The Edukators. Brühl featured as Lieutenant Horstmayer, a central character in the 2005 film Joyeux Noël, a trilingual World War I film based on the experiences of French, German and Scottish soldiers during the Christmas truce of 1914. The film shows Brühl's linguistic ability as he ably communicates in German, French and English throughout.

In 2006, he was invited to be part of the short film and Cinéfondation juries of the Cannes Film Festival. Brühl made a cameo appearance in 2 Days in Paris, a romantic comedy film directed by French actress Julie Delpy. In September 2006, his Cannes-nominated film Salvador (Puig Antich) premiered in Spain. In the film, he played Salvador Puig Antich, a Spanish anarchist executed during the Franco era. In 2007, he appeared in a small role in the film The Bourne Ultimatum. He was in Krabat, based on a popular German children's story, which premiered in German cinemas in October 2008.

He was introduced to mainstream U.S. audiences in the role of Frederik Zoller, a German war hero in Quentin Tarantino's Inglourious Basterds, starring Brad Pitt, which premiered at Cannes 2009. He and his co-stars won the Screen Actors Guild Award for Outstanding Performance by a Cast in a Motion Picture. In 2009, he also starred in Julie Delpy's third directorial film, The Countess.

In May 2009, Brühl decided to become active in a different field of filmmaking by launching production company Fouronfilm together with Film1.[6] Brühl starred in the 2010 British-Russian production In Transit, in which he played a young Nazi soldier opposite John Malkovich. He also co-starred with Clive Owen in the 2011 horror thriller Intruders, which was directed by Juan Carlos Fresnadillo.[7]

In 2013, he co-starred in The Fifth Estate, a film based on the founding of WikiLeaks. Brühl played Daniel Domscheit-Berg, alongside Benedict Cumberbatch as Julian Assange. In the same year, Brühl portrayed former Formula 1 driver Niki Lauda in the Ron Howard biographical film Rush. The film was a commercial and critical success, and for his role he received multiple award nominations, including the Golden Globe Award for Best Supporting Actor, the Critic's Choice Award for Best Supporting Actor, the Screen Actors Guild Award and the BAFTA Award for Best Actor in a Supporting Role.

Brühl (left) at the press conference of Entebbe at the 68th Berlin International Film Festival, 2018

In 2015, he starred in Colonia, a thriller by Academy Award winner Florian Gallenberger. The film was shot October to December 2014 in South America, Germany and Luxembourg. His co-stars were Emma Watson and Michael Nyqvist, and the film was produced by Academy Award nominee Benjamin Herrmann.[8] Brühl played Helmut Zemo in Captain America: Civil War, released in 2016.[9][10] In Niki Caro's World War II film The Zookeeper's Wife (2017), he played Nazi zoologist Lutz Heck, who forces Jan and Antonina Żabiński (Jessica Chastain and Johan Heldenbergh) to abandon the Warsaw Zoo. The film is based on Diane Ackerman's non-fiction book.

In 2006, Brühl separated from his longtime girlfriend and later fiancée, actress Jessica Schwarz, whom he had met on the set of the 2001 film No Regrets.[13] Since 2010, he has been in a relationship with practicing psychologist and former model Felicitas Rombold.[14] They have a son together, Anton Hanno (b. October 2016),[15] and married sometime between then and early 2018.[16]