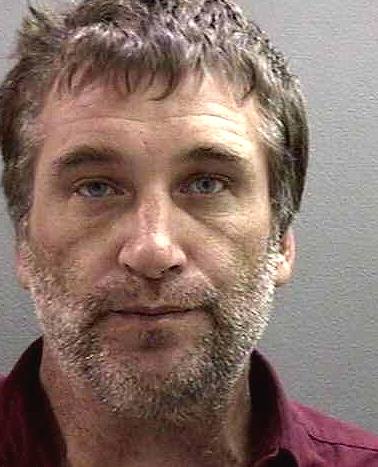 Daniel Leroy Baldwin (born October 5, 1960) is an American actor, director and producer. He is the second eldest of the four Baldwin brothers, all of whom are actors. Baldwin played the role Detective Beau Felton in the NBC TV series Homicide: Life on the Street and has starred in Ned Blessing: The True Story of My Life (1992), Mulholland Falls (1996), Vampires (1998), The Pandora Project (1998), Stealing Candy (2002), Paparazzi (2004) and Grey Gardens (2009). He hosts his own ESPN radio show "The Daniel Baldwin Show" on WTLA in Syracuse.[1][2]. He has also been an emcee for the television series truTV Presents: World's Dumbest.

Baldwin's acting debut was in the television film Too Good to Be True in 1988, which he followed with roles in the films Born on the Fourth of July (1989), Harley Davidson and the Marlboro Man (1991) and Hero (1992). He returned to television in 1990 for the short-lived sitcom Sydney, which starred Valerie Bertinelli.

In 1993, Baldwin was cast in the Baltimore-based cop show Homicide: Life on the Street. Although he received good reviews he left in 1995 after three seasons, and his character was later killed off. He returned to TV movies such as Attack of the 50 Ft. Woman, Family of Cops, and Twisted Desire, as well as the 1996 feature films Mulholland Falls and Trees Lounge.

In 1998, Baldwin was set to film the romantic comedy It Had to Be You,[6] but was replaced by Michael Rispoli after being arrested for cocaine possession.[citation needed] John Carpenter's Vampires was released during his subsequent stint in rehab.

Baldwin was cast as Menelaus in the BBC One show Kings and Pharaohs for Series 1, featuring Christopher Eccleston, Michael Rooker and John Hurt.

Baldwin returned to appearances in various TV series episodes, including The Sopranos and TV and direct-to-video movies, including reprising his role as Beau Felton in Homicide: The Movie in 2000. Baldwin then starred in TV movies such as Anonymous Rex (2004) and Our Fathers (2005) and small-budget films including Sidekick (2005) and Moola (2006).

In 2008, Baldwin signed on to play Julius Krug in the Award Winning HBO film based on the 1975 documentary Grey Gardens. That same year, he made appearances on truTV's The Smoking Gun Presents: World's Dumbest... as a frequent commentator. He also appeared as a supporting cast member in indie director Akihiro Kitamura's sophomore film, I'll Be There With You.

In 2009, Baldwin moved to Lake Oswego, Oregon, a suburb of Portland, to start a production company, Grilletto Entertainment.[8]

In 2005, he was featured in VH1's Celebrity Fit Club, a reality show in which overweight celebrities compete to see who can shed the most pounds. He was the team captain of the Eastsiders, which also featured rapper Biz Markie, plus-size model Mia Tyler, and actor Joe Gannascoli (later traded for Judge Mablean Ephriam from Divorce Court).

In 2008, Baldwin appeared on VH1's reality series Celebrity Rehab with Dr. Drew#Season 1. In June 2009, he joined the cast of I'm a Celebrity... Get Me out of Here!, with his brother Stephen Baldwin. He was the second one voted off. As of 2011, Baldwin makes appearances on truTV's The Smoking Gun Presents: World's Dumbest.

In 2014, Baldwin appeared on the first episode of Celebrity Wife Swap. His girlfriend swapped with the wife of Jermaine Jackson.

On August 27, 2015, Baldwin entered the Celebrity Big Brother also known as Celebrity Big Brother: UK vs USA, house as a contestant representing the USA. On September 4, he was the first housemate evicted after receiving the fewest votes to stay; he lasted for 9 days. He had received four nominations, with other contestants complaining about his ego and booming voice.

In 1984, Baldwin had a daughter, Kahlea, with his first wife, Cheryl. In 1990, he married actress Elizabeth Baldwin and they had a daughter, Alexandra, in 1994, before divorcing in 1996. Alexandra moved to England with her mother and stepfather and now lives in Bonita Springs, Florida. Baldwin was involved for a decade with his Homicide: Life on the Street co-star, Chicago-born actress Isabella Hofmann. They have a son, Atticus, who was born in July 1996, is named after the lawyer in To Kill a Mockingbird, and has autism. Baldwin was married to Joanne Smith, a former British model, with whom he had a daughter, Avis Ann, in 2008.[10] The couple have a second daughter, Finley Rae Martineau, born in 2009.[11] In 2011, Baldwin and his wife announced that they had dropped their divorce filings and were attempting to reconcile. However, in 2012, Joanne filed for divorce again. In November 2014, Baldwin announced his engagement to Robin Sue Hertz Hempel, an entrepreneur.[12]

In June 2017, Baldwin relocated to Cleveland, New York, to be closer to extended family.[13] He currently hosts his own ESPN radio show "The Daniel Baldwin Show" on WTLA in Syracuse.[1].[2]

In 1998, Baldwin was found running naked through the halls of New York's Plaza Hotel shouting "Baldwin!" and was arrested for possession of cocaine.[14] He pleaded guilty to disorderly conduct and was sentenced to three months in drug rehab. He later told People magazine that he had been battling a cocaine addiction since 1989.

He was arrested again on July 19, 2006. According to the police, Baldwin ran a red light after weaving through the traffic in West L.A. just before 1 p.m., then crashed his rented Ford Thunderbird into two parked cars while going 80 mph (130 km/h) in a 35 mph (56 km/h) zone.[16] Jason Lee, a spokesman for the Los Angeles police, said: "The Thunderbird pushed one of the vehicles about 20 feet (6.1 m), and that was a Hummer." Police say Baldwin was driving with a suspended license at the time of the crash. He was transferred to UCLA Medical Center with back and neck injuries but did not appear to be seriously hurt.[17]

According to TMZ.com, on November 7, 2006, Baldwin was arrested in Santa Monica, California, after allegedly stealing a white GMC Yukon SUV. The actor was taken to jail and booked for investigation of Grand Theft Auto; bail was set at $20,000. "The car belongs to an acquaintance of Mr. Baldwin, but he had no permission to take it", said Jim Amormino, a spokesman for the Orange County Sheriff's Department.[18][19] The charges were subsequently dropped.

On February 6, 2007, an arrest warrant was issued for Baldwin in Newport Beach, California, by the Orange County Superior Court for his failure to show up for an arraignment stemming from an auto-theft charge.[20] At the time, Baldwin was in Detroit, Michigan, filming a movie. He turned himself in to police on February 20 and pleaded not guilty to his charges. He remained free on bail. Less than a year later, Baldwin had to be cleared by Judge Nancy Newman of wrongdoing due to a court communication error related to a separate charge.[21] An arrest warrant had been issued for Baldwin; the reason was Baldwin's failure to appear in court to report on his progress in a drug rehabilitation program. Unconfirmed reports placed Baldwin in Toronto for the filming of a movie.[22]

Baldwin starred on the VH1 reality television show Celebrity Rehab with Dr. Drew, filmed in 2007, but left the show after the fourth episode. His stated reasons for leaving included having a prior commitment to an acting job and the others' behavior interfering with his recovery. It was eventually reported that he left because of inappropriate text messages he had sent to Mary Carey, a fellow patient in his treatment group.[23][24]