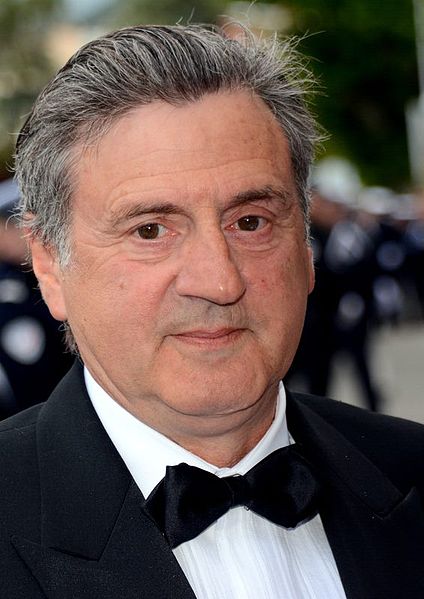 Daniel Auteuil (born 24 January 1950) is a French actor and director who has appeared in a wide range of film genres, including period dramas, romantic comedies, and crime thrillers.[1] In 1996, he won the Best Actor Award at the Cannes Film Festival together with Belgian actor Pascal Duquenne. He is also the winner of two César Award for Best Actor, one in 1987 as Ugolin Soubeyran in Jean de Florette and Manon des Sources and another one for his role in Girl on the Bridge. For his role in Jean de Florette, he also won the BAFTA Award for Best Actor in a Supporting Role.[2] Auteuil is considered one of France's most respected actors.[1][3]

Daniel Auteuil was born on 24 January 1950 in Algiers, French Algeria, the son of opera singers.[1] He grew up in Avignon and Nancy, France.[1] He began his acting career in musical comedy and made his film debut in 1972.[1]

Auteuil's starring role in the historical drama film Jean de Florette (1986) and its sequel Manon des Sources (1986) brought him international recognition. Auteuil has since become one of the best-known, best-paid and most popular actors in France. Through his appearances in films including the swashbuckler Le bossu (1997), the comedy The Closet (2001), the romantic comedy After You... (2003), the thriller Caché (2005) and the comedy My Best Friend (2006), he has since gained greater international recognition.

In 2013, Auteuil was selected as a member of the main competition jury at the 2013 Cannes Film Festival.[4]

Auteuil has two daughters: Aurore Auteuil with his former partner, Anne Jousset, and Nelly from a ten-year relationship with actress Emmanuelle Béart, his co-star in the films A Heart in Winter and Manon des Sources (1986). He married Aude Ambroggi, a Corsican sculptor, on 22 July 2006 in Porto-Vecchio, Corsica.

Report a problem
Write to Daniel Auteuil at FanPal • 2021