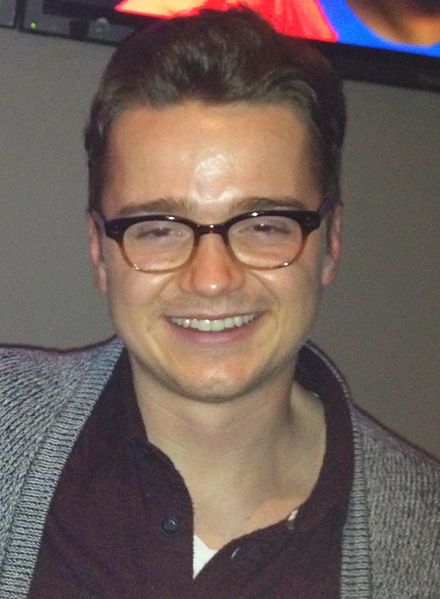 Daniel Byrd (born November 20, 1985) is an American actor. His most prominent roles include the 2004 film A Cinderella Story, the 2006 remake of The Hills Have Eyes, the 2010 films Easy A and Norman, and the sitcoms Aliens in America and Cougar Town.

Byrd was born in Marietta, Georgia,[1] and began acting at a young age. His feature film debut was in the 1999 film The First of May, which starred Julie Harris and Mickey Rooney. He then went on to make a string of appearances in television series such as Judging Amy, Any Day Now, ER, and Touched by an Angel before gaining his first break-out role in the TNT miniseries Salem's Lot, playing schoolboy Mark Petrie.

In 2006, Byrd starred in Alexandre Aja's remake of The Hills Have Eyes, based on Wes Craven's original 1977 cult classic film. Also in 2006, Byrd starred opposite John Travolta in the period crime thriller Lonely Hearts.[2] The story follows real-life killers Martha Beck and Raymond Fernandez,[2] who develop a twisted infatuation with each other as they travel the country luring unsuspecting victims through personal ads in the newspaper. Travolta played the lead detective on the case and Byrd played his troubled son.[2]

Byrd was set to appear in the 2007 remake of Revenge of the Nerds,[3] but after three weeks of filming, the project was cancelled.[4] He then went on to star in the CW comedy Aliens in America,[5] which follows a Wisconsin homemaker who arranges to host a foreign exchange student, believing the visitor will help her shy son (played by Byrd) become more popular. However, the show only lasted one season.[6]

In October 2008, Entertainment Weekly reported that Byrd had been cast in Heroes in a recurring role as Sylar's (Zachary Quinto) apprentice.[7] He plays Luke Campbell, who has the ability to emit microwave pulses. He appeared in three episodes during "Volume 4: Fugitives". Byrd also appeared in an episode of ABC Family's Greek as Clark Duke's character's high school friend.

In 2010, Byrd co-starred in Easy A opposite Emma Stone. He played Brandon, a gay friend of Stone's character Olive Penderghast, whom she pretends to have sex with at a house party to boost their social standings.[8]

He stars as the title character in the 2010 film Norman,[9] a film which follows the story of a high school senior who perpetuates a lie that he is terminally ill with cancer to gain sympathy from his peers.[9]

In 2009, Byrd began starring in the comedy series Cougar Town, as the son of Courteney Cox's character.[10][11]