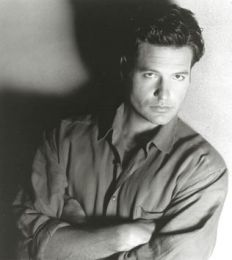 Midkiff acted in off-Broadway plays like Mark Medoff's The Wager. His first movie role was in Roger Corman's Streetwalkin' playing a pimp named Duke. Dale's acting was called "grittily impressive" in what some consider a B-movie classic. He has said in interviews that while his family never quite understood his interest in acting, they never discouraged him: "I love them for allowing a kid to believe in his dreams."

His first major break came when he landed the role of Jock Ewing in Dallas: The Early Years. That was followed by what many consider his biggest role to date, Elvis Presley, in the four-hour miniseries, Elvis and Me, and by Dream Street, a short-lived "blue collar" series set in New Jersey. Midkiff's roles have run the gamut from the wife beater in A Cry For Help: The Tracey Thurman Story, to the "good old boy" cop who discovers his partner/best friend is a murderer in Vigilante Cop, to the heroic time-traveling fugitive retrieval cop in Time Trax, to the amiable ladies' man and town protector in The Magnificent Seven.[1] He is also well known for having played the lead role of Louis Creed in the 1989 film version of Stephen King's Pet Sematary.