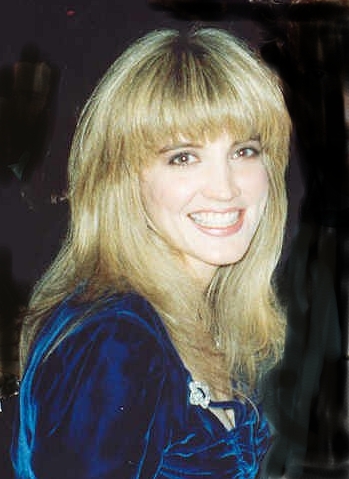 Crystal Lynn Bernard[1] (born September 30, 1961) is an American singer-songwriter and actress, best known for her role on the sitcom Wings. She has appeared in film and has pursued a music career.

Bernard was born in Garland, Texas. She was raised in a Southern Baptist home. Her father, Dr. Jerry Wayne Bernard, was a televangelist who traveled across the United States preaching and singing.[2] She became an entertainer at a young age, singing gospel songs with her elder sister, Robyn, also an actress. One recording of the two that has survived from those years is a song called "The Monkey Song" (an objection to evolution), on Feudin' Fussin' and Frettin' recorded when Crystal was 8 years old,[3] a recording of a 1972 Thomas Road Baptist Church service led by Jerry Falwell. She has two younger sisters, Scarlett[4] and Angelique Bernard.

Bernard studied acting at Alley Theatre while growing up in Houston, Texas. She attended Spring High School and continued her education at Baylor University, and where she studied acting and international relations.[5]

Bernard at the 1991 Emmy Awards

Bernard got her start in primetime television on the sitcom Happy Days, playing K.C. Cunningham during season 10 (1982-83). Then, after various guest appearances on other series, she joined the cast of the resurrected, syndicated version of the sitcom It’s a Living,[6] playing waitress Amy Tompkins. In 1989, she starred in a television pilot, Chameleons, created by Glen A. Larson. She played Shelley, a self-proclaimed crazed heiress who discovers that her eccentric millionaire uncle Jason Carr has been murdered. She sets out on a quest to find the truth behind his murder.

She played strong-willed airport lunch-counter operator Helen Chappel Hackett on the sitcom Wings for the series' entire eight-season duration (1990-97). In 1999, she starred in the television movie To Love, Honor and Betray opposite David Cubitt and James Brolin.

Early in her film career, she appeared in Young Doctors in Love (1982), along with her Happy Days co-star Ted McGinley. She starred in Roger Corman's direct-to-video film Slumber Party Massacre 2 (1987). Later, her work included a role in the film Jackpot (2001) and starring roles in Welcome to Paradise (2007) and Grave Misconduct (2008). She also starred in two Hallmark Channel movies, Single Santa Seeks Mrs. Claus (2004) and its sequel, Meet the Santas (2005).

Bernard has appeared in these stage productions since the end of Wings:

In addition to acting, Bernard has a music career as a singer-songwriter. Albums include The Girl Next Door (1996) and Don't Touch Me There (1999). The latter includes a gospel track she recorded with her father and one sung with country artist Billy Dean.

She co-wrote the song "If I Were Your Girl" with Rhett Lawrence, which appeared on Paula Abdul's album Head over Heels (1995).

She sang a duet with Jim Messina called "Watching the River Run".[9]

Report a problem
Write to Crystal Bernard at FanPal • 2020