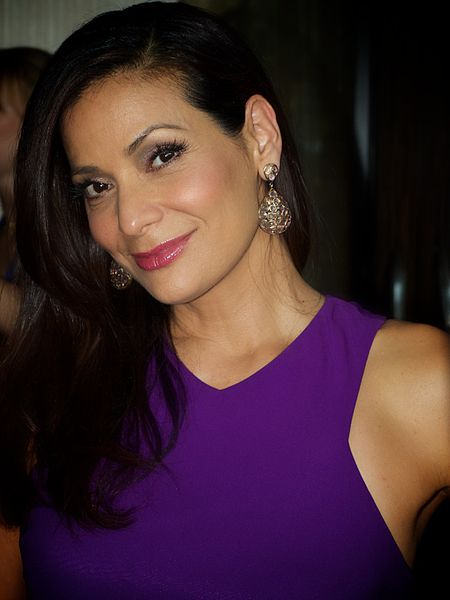 Constance Marie Lopez (born September 9, 1965)[1] known professionally as Constance Marie, is an American actress of Mexican origin. She is known for her role as Angie Lopez in George Lopez (2002-2007) and her role as Marcela Quintanilla (mother of Selena) in the 1997 film Selena. She portrayed Regina Vasquez in the ABC Family/Freeform drama series Switched at Birth (2011-2017).

At the age of 19, Marie appeared as a dancer in the musical Cosmopolis by composer Ryuichi Sakamoto in Japan. When she returned to Los Angeles, she was spotted in a club by a dance choreographer for David Bowie and she was hired for the Glass Spider Tour in 1987.
Read more...

Her acting career began when she was in her teens. She landed a spot in the 1988 film Salsa. Other credits include Early Edition, Dirty Dancing, Selena, Spin City, and Ally McBeal. Marie was chosen for the role of Angie Lopez in the ABC comedy series George Lopez. In 2001, Marie starred in the comedy-drama film Tortilla Soup. She also appeared in the PBS drama series American Family.

In October 2007, she launched her own clothing line, "The Constance Marie Collection".[2] The same year, she appeared in an ad for PETA, encouraging people to spay and neuter their pets.[3]

From 2011 to 2017, Marie had a starring role on the ABC Family/Freeform drama series Switched at Birth, playing the birth mother of one of the girls and legal mother of the other.

Marie was in a 15-year relationship with yoga instructor Kent Katich, which ended in September 2015.[4] They have a daughter, Luna Marie, born in February 2009.[4] Marie is a longtime vegetarian and raised her child as a vegetarian.[5]

Marie kissing her trophy at the 13th ALMA Awards in 2012