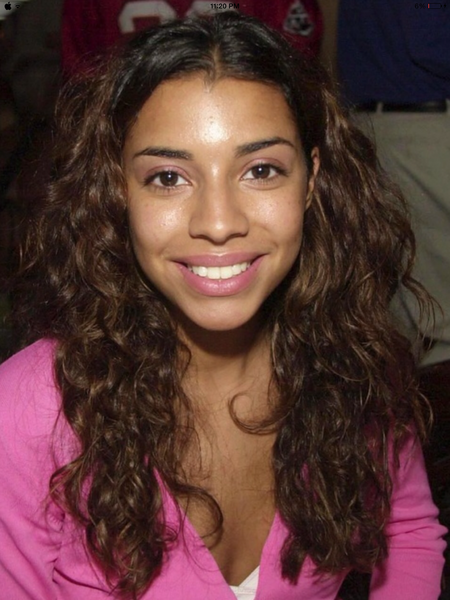 Christina Marie Vidal (born November 18, 1981) is an American actress, singer and producer. She is best known for her roles in films such as Life with Mikey, Brink!, Freaky Friday, and See No Evil and for her role in Nickelodeon sitcom Taina, in which she played the title character (2001-02).

Vidal was born and raised in Whitestone, an area in Queens, New York, the daughter of Manny Vidal, a tax consultant and businessman, and his wife Josie, a secretary, both of Puerto Rican ancestry.[1][2] She attended the Performing Arts School Of New York. When she was 17 she joined a girl group called Gemstone (along with Jade Villalon and Crystal Grant). Vidal later moved to Orlando, Florida, to proceed with the filming of Taina. Her sisters Lisa, and Tanya are also actors and have appeared on TV and in theatre; she also has a brother, Christian.[3]
Read more...

Vidal's acting career started when one of her teachers told her there was an audition for the movie Life with Mikey (1993), starring Michael J. Fox. She auditioned and got the part of "Angie Vega", and was therefore the first Puerto Rican child actress to play a lead in an American film.[4] Since then, Vidal has appeared in numerous films and television series, with her most notable role being Taina Maria Morales in the Nickelodeon show Taina. The sitcom was at first successful and ran for two seasons until its cancellation in the summer of 2002 because of the consensus that Nickelodeon felt that it only appealed to girls.

The next year she played Maddie in the film Freaky Friday, alongside Lindsay Lohan. The same year, she starred in the short-lived ABC action TV series about police officers called 10-8: Officers on Duty until she suddenly left after two months on the show. Also in 2003 she guest starred in Sabrina, the Teenage Witch as Paris Fate. In 2006, she did an untitled sitcom pilot along with her sisters for ABC (which was executively produced by George Lopez). The show was not picked up but later that year she starred in the film See No Evil, along with having a brief stint on the hit sitcom Girlfriends. In recent times, she made cameo appearances in the movies I Think I Love My Wife, Mask of the Ninja, and the internet comedy short "Love Automatically", written by Mylinda Royer and directed by Allison Haislip.[5] Most recently, Vidal played a supporting character in the film Magic Man, which was released in 2009.

When Vidal was in the band Gemstone, she recorded songs with herself as well as bandmate Jade Villalon performing vocals. A few of these tracks would surface many years later on albums consisting of demoes, rare tracks, and special songs of Villalon's music project, Sweetbox. In 2002, she was briefly signed to MCA Records and in that time she was supposed to release her first single "Tropical" and her solo debut album White in the summer of 2002, but never did. That same year she provided guest vocals on the remix of Will Smith's summer hit "Black Suits Comin' (Nod Ya Head)" from the Men in Black II soundtrack. She was a part of Lupe Fiasco's 1st & 15th Entertainment.[6] She also recorded a track for the work out cd called Byou from Sabrina Bryan of the Cheetah Girls. The song she recorded was "Anything Is Possible". She also sang the song "Take Me Away" in the movie Freaky Friday.