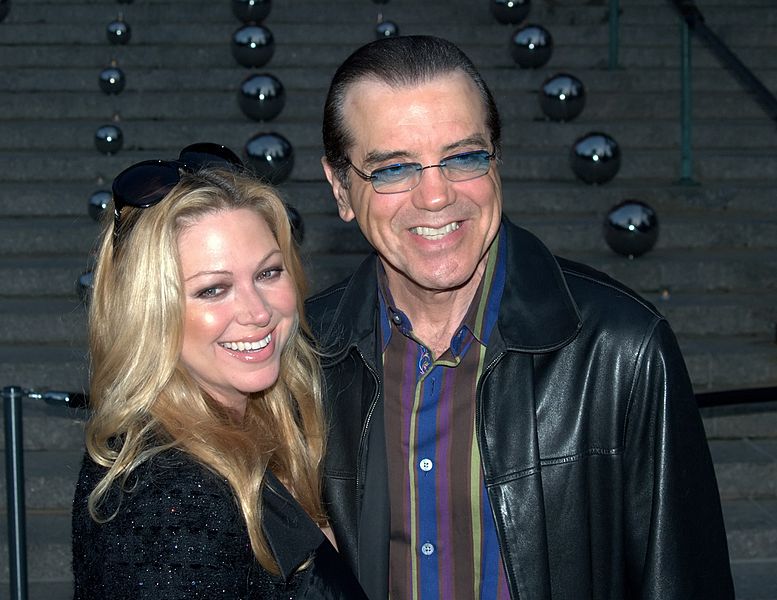 Calogero Lorenzo "Chazz" Palminteri (born May 15, 1952)[1] is an American actor, screenwriter, producer and playwright. He is best known for his Academy Award-nominated role for Best Supporting Actor in Bullets over Broadway, the 1993 film A Bronx Tale, based on his play of the same name, Special Agent Dave Kujan in The Usual Suspects, Primo Sidone in Analyze This and his recurring role as Shorty in Modern Family.

Palminteri was born on May 15, 1952, in the Bronx, the son of Rose, a homemaker, and Lorenzo Palminteri, a bus driver.[2] He was raised in the Belmont neighborhood of the Bronx.[3] Palminteri's surname is of Sicilian origin and his family is originally from Menfi in the province of Agrigento, Sicily. His grandparents, Calogero Palminteri and Rosa Bonfante, married in 1908 and moved to the United States in 1910.

He struggled to become a star, splitting his time between acting in off-Broadway plays and moonlighting as a bouncer, alongside Dolph Lundgren. His big break came in 1988 with the premiere of his autobiographical one-man show, A Bronx Tale, which he wrote after being fired from a club for refusing entry to super agent Swifty Lazar;[4] Robert De Niro later developed and directed a film version (1993).

During its run, he appeared in many advertisements for Vanilla Coke, in which he portrayed a mob boss who would threaten celebrities if they did not praise the taste of the product in question, and then let them walk away with the Vanilla Coke to "reward their curiosity", touching on its slogan at the time. Palminteri has voiced characters in various animated films, the most notable being Smokey in Stuart Little and Woolworth in Hoodwinked.

He made his directorial debut with an episode of Oz, then the television film Women vs. Men and the 2004 feature film Noel.

Palminteri's recent acting efforts include A Guide to Recognizing Your Saints, Running Scared, and Arthur and the Minimoys.

In 2004, he received the "Indie Hero Award" from the Method Fest Independent Film Festival for his artistic achievements in film.

Palminteri with his wife Gianna Ranaudo in New York City, 2010.

Palminteri starred on Broadway in A Bronx Tale, the semiautobiographical one-man show he first performed (as A Bronx Play) at Theatre West in Los Angeles in 1989.[5] The Broadway production, directed by Jerry Zaks and with music by John Gromada, began previews October 4, 2008, at the Walter Kerr Theatre and opened on October 25, running for 18 weeks. Palminteri plays 18 roles in A Bronx Tale, which depicts a rough childhood on the streets of the Bronx. The play ran for two months at Playhouse 91 in 1989. Robert De Niro saw this show there and made his directorial debut with the big-screen version, co-starring with Palminteri.[6]

Palminteri starred opposite Kenny D'Aquila in D'Aquila's play, Unorganized Crime.[7][8] Palminteri always appreciated the shot that Robert De Niro gave him, so he in turn agreed to star in D'Aquila's mafia-themed drama.[9]

Palminteri is currently performing in the Broadway musical version of A Bronx Tale since May 2018.

On January 20, 2010, Palminteri guested on Modern Family and played the same character on the November 2, 2011, episode.[10] Palminteri has reprised the role twice more in season 5. In June 2010, Palminteri began guest-starring on the TNT crime drama Rizzoli & Isles as Frank Rizzoli, Sr.