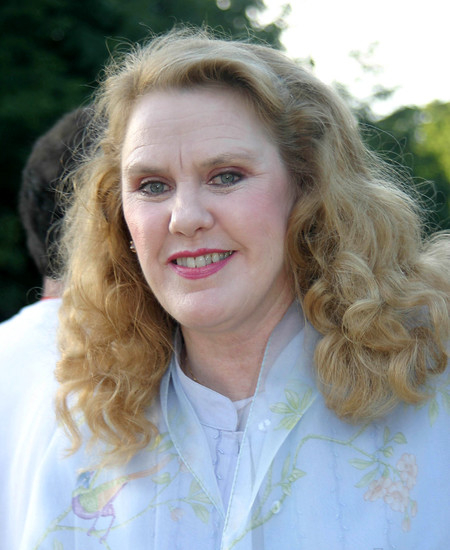 Celia Weston (born December 14, 1951) is an American character actress. Weston received an Independent Spirit Award nomination for her performance in Dead Man Walking (1995), and also had supporting roles in more than 40 movies, including The Talented Mr. Ripley (1999), In the Bedroom (2001), Hulk (2003), and The Village (2004). On television, she is best known for her role as Jolene Hunnicutt in the CBS sitcom Alice (1981-85).

Weston began her career on stage, making her Broadway debut in 1979.[1] After recurring role on the ABC daytime soap opera, Ryan's Hope, she joined the cast of the CBS sitcom Alice as Jolene Hunnicutt. The series ended in 1985.[2] Weston later said that her role in Alice hindered her film career. Although she had initially rejected the role, she admitted that "the money became so phenomenal that I just had to do it."[3] In later years, Weston acted in the independent films and stage productions. She was nominated for the Independent Spirit Award for Best Supporting Female for her role as Mary Beth Percy in 1995 crime drama film, Dead Man Walking opposite Susan Sarandon. She also received her Tony Award nomination for her performance in the comedy The Last Night of Ballyhoo (1997).[1]

Weston had many supporting roles in films during her career. In 2000s, she had guest starring roles on Law & Order: Special Victims Unit, Frasier and Desperate Housewives. From 2010 to 2011 she co-starred alongside Jason Lee and Alfre Woodard in the TNT comedy-drama, Memphis Beat. She later had recurring roles on Modern Family[4] and American Horror Story: Freak Show.[5]

Weston was born in Spartanburg, South Carolina. She is a graduate of Salem College in Winston-Salem, North Carolina and the University of North Carolina School of the Arts.[3]