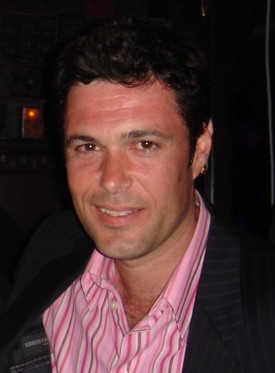 Carlos Bernard Papierski (born October 12, 1962) is an American actor and director, best known[1] for his role as Tony Almeida in 24, which he played from 2001 to 2006, and then reprised again in 2009, 2014 in 24: Solitary and 2017 in 24: Legacy. He received a fine arts degree from American Conservatory Theater in San Francisco after attending Illinois State University.[2]

Bernard was born on October 12, 1962 in Evanston, Illinois and grew up in Chicago, Illinois, the youngest of three brothers. Of Polish and Spanish ancestry, his mother is originally from Madrid, Spain. Bernard graduated from New Trier High School, and showed signs of interest in acting while in his high school years. He then went to Illinois State University and shortly after received his fine arts degree in San Francisco in the American Conservatory Theatre. Bernard started out on stage but quickly progressed to television.
Read more...

At the Mark Taper Forum in Los Angeles, he performed in Scenes From an Execution, with Frank Langella.

Bernard has made guest appearances on Walker, Texas Ranger, Burn Notice, F/X: The Series, Babylon 5, and Silk Stalkings and appeared as a regular on the daytime soap opera, The Young and the Restless. He has appeared in the feature films Alien Raiders, Vegas, City of Dreams, The Killing Jar, and the short film The Colonel's Last Flight.

Bernard has been married to actress Tessie Santiago since 2013. He has one child with ex-wife Sharisse Baker, daughter Natalie, who was born in August 2003. He is friends with Kiefer Sutherland, Reiko Aylesworth and Mary Lynn Rajskub, with whom he starred in 24.