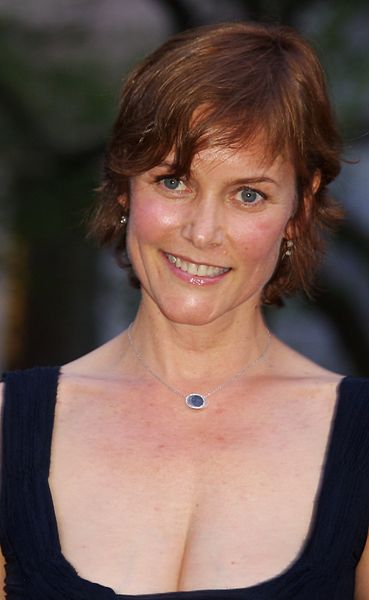 Lowell was born in Huntington, New York,[1][2] the daughter of geologist James Lowell.[2] She spent her childhood living in several countries, including Libya, the Netherlands, France, and in the US, in Houston, Texas and Denver, Colorado,[3] where her family settled when she was 12.[4] After a year at the University of Colorado at Boulder,[3][4] where she considered majoring in literature,[5] she moved to New York City to pursue modeling, and modeled for such clients as Ralph Lauren and Calvin Klein,[4] and at some unspecified time attended New York University.[5] She also studied at Manhattan's Neighborhood Playhouse School of the Theatre.[5]
Read more...

Lowell broke into acting with the film Dangerously Close followed by a small role in the Robin Williams movie Club Paradise.[4] She went on to roles including those of Bond girl Pam Bouvier in the James Bond movie Licence to Kill (1989) and, starting in 1996, Assistant District Attorney Jamie Ross on the television drama Law & Order, a character she reprised in 2005 for a guest role on its spinoff, Law & Order: Trial by Jury.[6] Immediately before that role, however, she had become frustrated with her acting career and had applied to study documentary filmmaking at New York University.[4]

She took a hiatus from acting during the mid-2000s. In 2012, Lowell lent her likeness and voice while reprising her Licence to Kill role in the video game 007 Legends. In 2018 she returned to TV, appearing as a guest on the show Blue Bloods. [7] [8]

Lowell has been married three times. Her first husband was fashion photographer John Stember, to whom she was married from 1984 to 1988.[9][10]

She was married to actor Griffin Dunne from 1989 to 1995 and has a daughter, Hannah, from that marriage.[1]

Lowell married actor Richard Gere in November 2002,[11] following the birth of their child Homer James Jigme Gere, who was born in February 2000.[2]

In September 2013, the two separated after 11 years of marriage. The couple spent three years in highly contested divorce proceedings in Manhattan Supreme Court.[12][13] The case was settled in October 2016.[14]