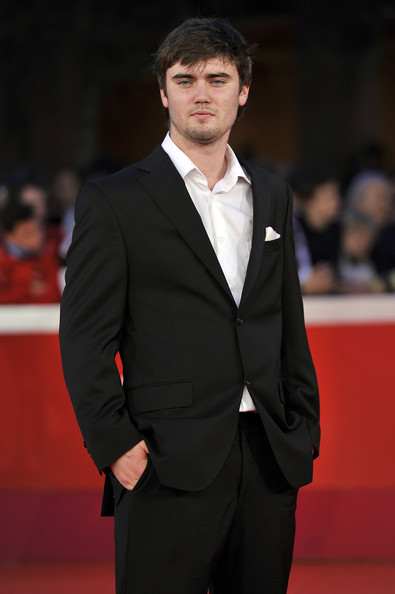 Cameron Bright (born Cameron Douglas Crigger; January 26, 1993)[1] is a Canadian actor. He has appeared in the films The Butterfly Effect, Godsend, Birth, Running Scared, Ultraviolet, X-Men: The Last Stand, Thank You for Smoking and four installments of The Twilight Saga.

Bright was born in Victoria, British Columbia the son of Anne Bright and Jake Crigger.[2] He was given his middle name "Douglas" after his maternal grandfather. His first acting job was in a commercial for Telus, which was soon followed by a guest appearance on the television series, Higher Ground.[1] He subsequently appeared in several minor roles in made-for-television films, and was credited as "Cameron Crigger" for his roles (from the 2000 television movie, The Christmas Secret, to an episode of Night Visions).

After a supporting part in The Butterfly Effect, Bright's first major role was in Godsend, a horror film co-starring Robert De Niro; the film was released in April 2004 to mixed reviews. In his next film, Birth, he played a ten-year-old boy who claims to be the reincarnation of a woman's (Nicole Kidman) deceased husband. Two scenes within the movie sparked controversy and drew media attention to Bright. In one scene, Bright and Kidman's characters kiss; in the other, the two share a bathtub. The actors wore flesh-colored swimsuits in the bath scenes and were never naked or filmed together in the same room at the same time of the bathtub scene, although this was not public knowledge at first.[1]

Bright was cast in several Hollywood films released in 2006, including Thank You for Smoking, Ultraviolet, and the action-thriller named Running Scared.

He starred in X-Men: The Last Stand, where he played the mutant Leech, who has the mutant antibody.[3] He also appeared on an episode of The 4400 (episode: "The Wrath Of Graham") as a high school student named Graham Holt who develops an ability after injecting himself with Promicin. He has also played a host carrier for a cure for humanity in more than one movie.[4]