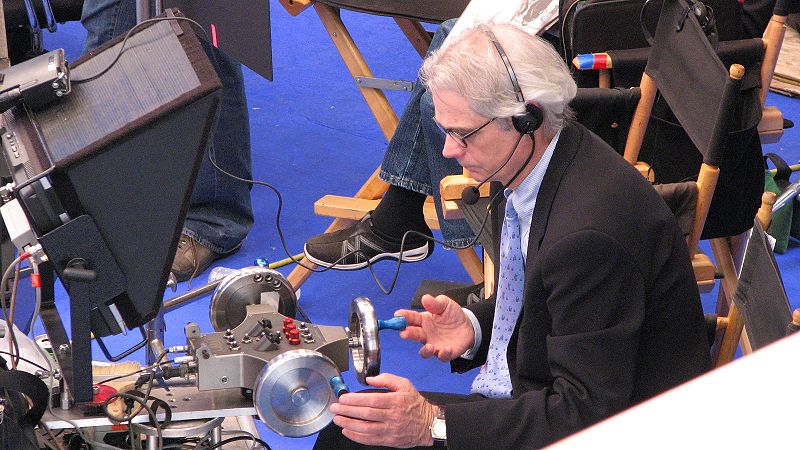 Joseph Caleb Deschanel, ASC (born September 21, 1944)[1] is an American cinematographer and director of film and television.[2] He has been nominated for the Academy Award for Best Cinematography five times.[3] He is a member of the National Film Preservation Board of the Library of Congress, representing the American Society of Cinematographers.[4] He has been married to actress Mary Jo Deschanel since 1972, with whom he has two daughters, actresses Emily and Zooey Deschanel.

Deschanel was born in Philadelphia, Pennsylvania, the son of Ann Ward (née Orr) and Paul Jules Deschanel. His father was French, from Oullins, Rhône, and his mother was U.S.-born.[5] Deschanel was raised in his mother's Quaker religion.[6]

He enrolled[when?] in Severn School for his high school years. He attended Johns Hopkins University from 1962 to 1966, where he met Walter Murch, with whom he staged "happenings," including one in which Murch simply sat down and ate an apple for an audience.[citation needed] Murch graduated a year ahead of him and encouraged Deschanel to follow him to the University of Southern California School of Cinematic Arts, where he graduated in 1968. During this time, Deschanel was a member of a band of film students called "The Dirty Dozen;" this group attracted attention from the Hollywood system. Following his graduation, he attended the American Film Institute (AFI) Conservatory and graduated in 1969 as a member of its first class.[7]

Deschanel joined the American Society of Cinematographers, or A.S.C., in 1969, the year of his graduation from the AFI Conservatory. In 1972, three years later, he married the former Mary Jo Weir. The older of their two daughters, Emily, was born in 1976; their younger daughter, Zooey, was born in 1980.